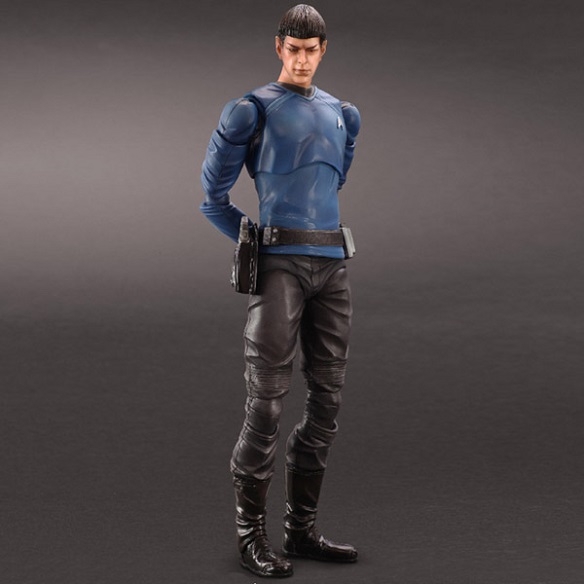 Logic has nothing to do with wanting the Star Trek Movies Mr. Spock Play Arts Kai Action Figure. It’s all about the passion. Spock would not be impressed with you. However, he’s used to impulsive and rash decisions being made by humans, thanks to his friendship with James T. Kirk, so while he might not be impressed, the Vulcan does understand.

The almost 9 1/2-inch tall action figure features a head sculpt with the likeness of Zachary Quinto, who has brought the first officer of the USS Enterprise to life for a whole new generation of Trekkers.

In addition to a display stand in the shape of a Starfleet symbol, the figure comes with a communicator, phaser, utility belt, and four interchangeable hands.

The Star Trek Movies Mr. Spock Play Arts Kai Action Figure will be available at Entertainment Earth September 2014 but it can be pre-ordered now for $89.99. It’s also available for pre-order for the same price at Square-Enix, where it will be available August 2014.

He breaks the rules, gets the girls, and saves the day, and now the Star Trek Movies Captain Kirk Play Arts Kai Action Figure lets you bring Starfleet’s most eligible bachelor home with you. Captain Kirk has been brought to life for a new generation […]