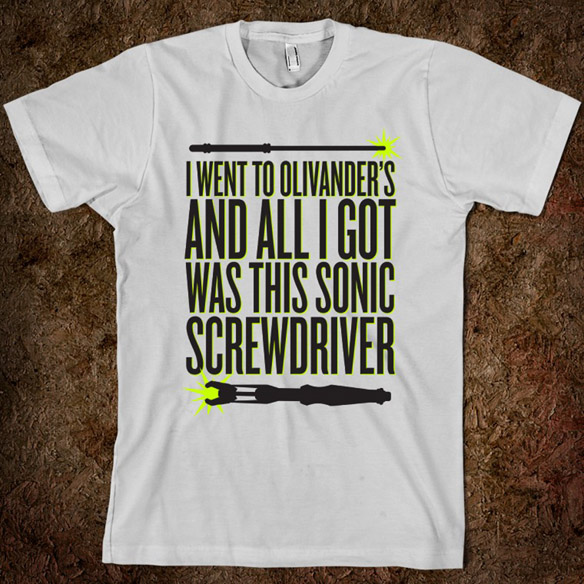 Fandoms collide when the world of Harry Potter brushes up against the universe of Doctor Who with the I Went to Olivander’s and All I Got Was This Sonic Screwdriver T-Shirt. 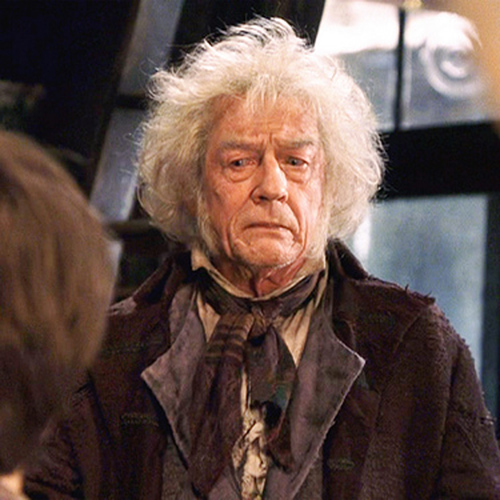 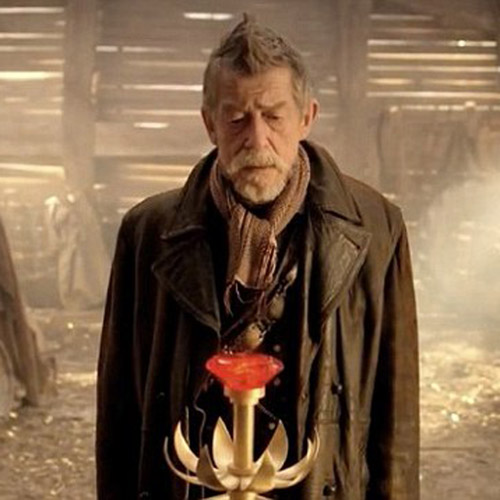 I never realized it until just now but both Ollivander and the War Doctor even seem to share similar tastes in clothing. Maybe the Time Lord took a break from the Time War by hiding out in Diagon Alley for a while.

Sadly, the creator of this great shirt seemed to lose one of the ‘L’s in Ollivander’s name somewhere along the way, but it’s a great piece of geek-wear if you can overlook that little discrepancy.

The I Went to Olivander’s and All I Got Was This Sonic Screwdriver T-Shirt is available for $27.99 at Skreened.