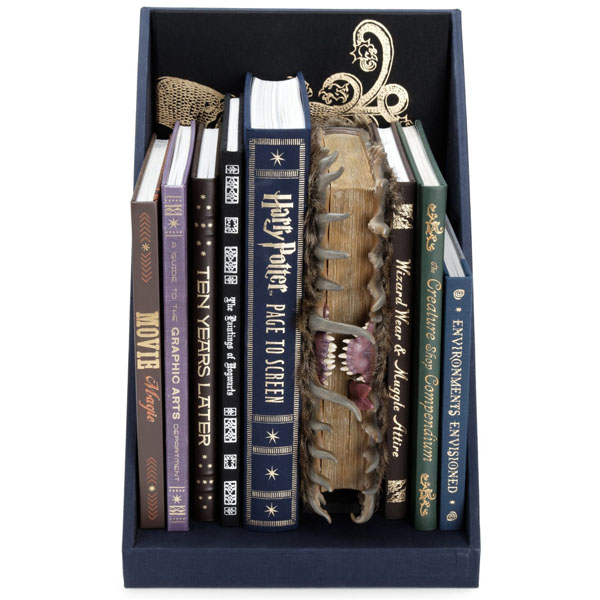 If you’re a fan of Harry Potter, you’ll want to raid your savings at Gringotts to get Harry Potter Complete Filmmaking Journey because this limited edition collection has everything a wizard or muggle could want when it comes to the boy wizard.

Seven of the eight books were created specifically for this collection, while the eighth book is a cloth-bound edition of the New York Times Best-seller, Harry Potter: Page to Screen. However, the wizarding fun doesn’t stop there because you also get a scale prop replica of The Monster Book of Monsters and a gilded, over-sized portfolio with five frame-able prints of concept art.

The whole set comes in a collectible box that looks like it came from Diagon Alley, along with a numbered certificate of authenticity. You’ll want to wave your wand and make this happen as fast as you can though because this limited edition set is limited to 3000 copies worldwide.

The Harry Potter Page to Screen: The Complete Filmmaking Journey (Collector’s Edition) will be released on December 4th but you can pre-order it now at Amazon.com for $600 (reg. $1000).