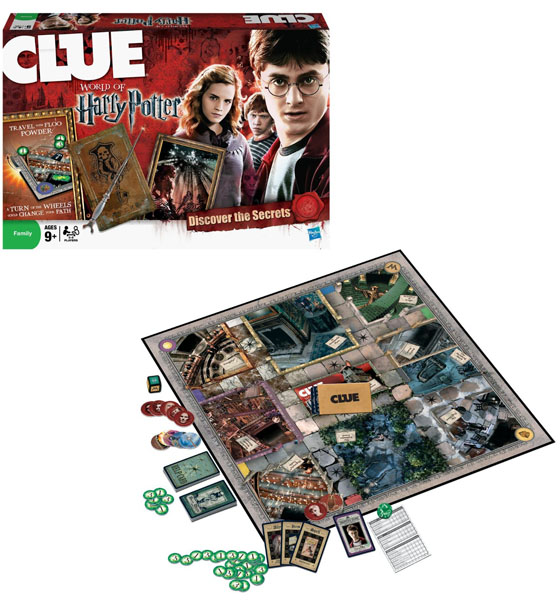 The World of Harry Potter Clue Game offers a lot of changes versus the traditional game of Clue. Since this is Harry Potter after all, you can expect a whole of magic and unexpected occurrences happening all over the board, with secret passages, random events like the appearance of the Dark Mark, and traveling through the castle with Floo Powder. 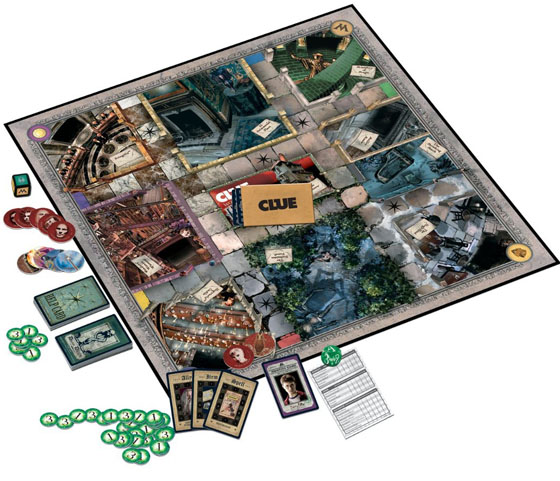 You don’t have a clue, Harry Potter. Play Clue… with a fanciful, magical twist! Players move around Hogwarts, trying to figure out WHO did it, with WHAT weapon, and WHERE. Hogwarts comes to life as the board itself shifts from turn to turn and secret passages change, appear, or disappear! When the Dark Mark appears, various events happen that cause unprepared players to lose valuable House Points. Lose them all and you’re out of the game!

The World of Harry Potter Clue Game is available from Entertainment Earth for $29.59. Also available at Amazon.com.

A little while back, GeekAlerts showed you CLUE The Office, and you’ve seen many of the other collectible games like Doctor Who Monopoly and Nightmare Before Christmas Trivial Pursuit.  Now that the Harry Potter movies have come and gone, we figured you would want to […]