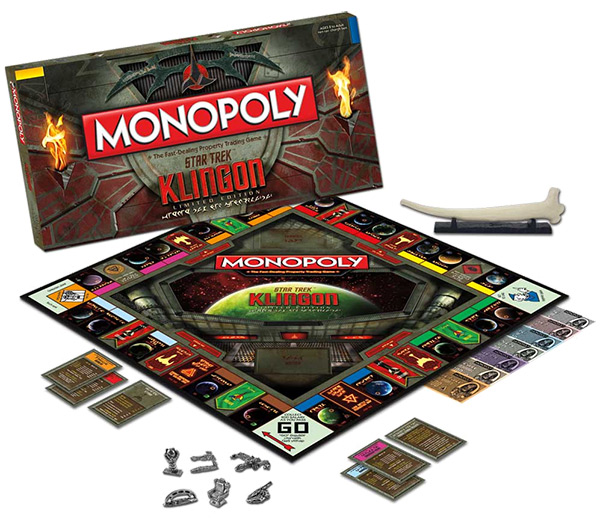 Star Trek fans already know how badass Klingons are. Many of you can even speak the Klingon language. And they also have the coolest ships like the Klingon bird of prey. Now you can enjoy some Klingon action with your Monopoly game thanks to Star Trek Klingon Monopoly.

It’s monopoly done up in a Klingon theme with special game pieces and a new board and cards. Conquer the United Federation of Planets one property at a time. 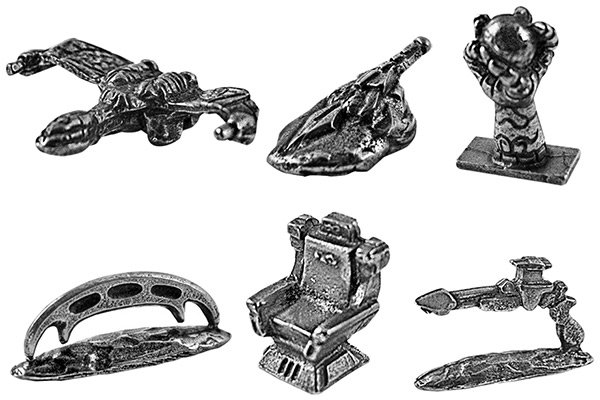 Star Trek Klingon Monopoly gives fans the opportunity to own and control the planets and territories the Klingons would conquer in the known Star Trek universe! It features bilingual game components with Klingon translation by Marc Okrand. You have been chosen to preserve the glory of the Empire. Control the galaxy with the might of Kahless and be immortalized in the Hall of Warriors. Victory shall be yours if you conquer all the systems within the galaxy Qo’noS. Romulus and even the puny Federation’s precious Earth are all up for grabs. Honor will rise in your houses as you bring your enemies to their knees!

Only $33.99 from Entertainment Earth. It will arrive in December, but you can pre-order it now.