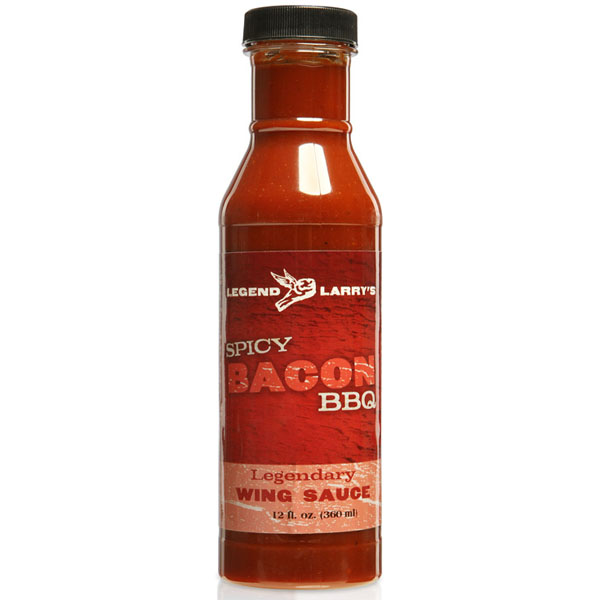 It doesn’t matter if we’re talking about burgers, salads, or sandwiches, bacon makes everything taste better. Now, with Spicy Bacon BBQ Sauce, you can add a little bacon flavor to anything you eat… without actually needing real bacon.

We’ve become a bacon-obsessed society, with everything from Bacon Peanut Brittle to Maple Bacon Flavored Coffee. Heck, items like the Bacon Tie even let us wear bacon. I’ll be honest and admit that I must’ve missed the bacon bandwagon. I love bacon but the idea of wearing it never occurred to me and something like Marbled Bacon Soap would be too dangerous for me. I have two dogs and five cats. Do I really want to smell like something edible? I think not. 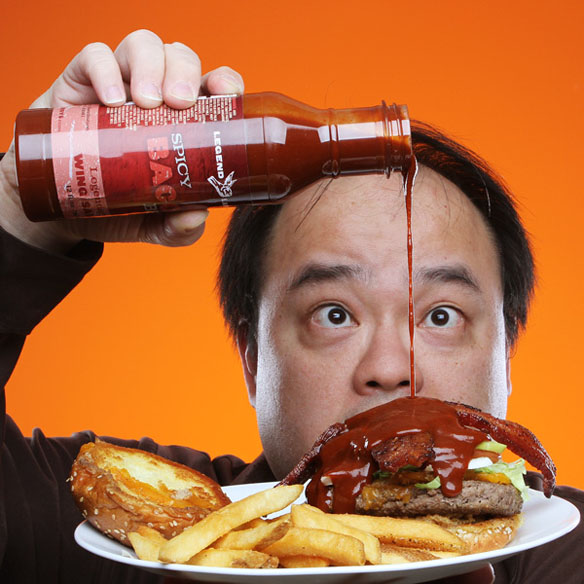 However, Spicy Bacon BBQ Sauce is something I can get behind 100%, especially when you consider the cayenne pepper that gives this sauce a little extra kick. Forget the BBQ because I’ll put this on just about everything. After all, it’s an award winner from the National Buffalo Wing Festival so it has to be good, right? Trust me. Some of those festival-goers can be pretty picky when it comes to food.

You can try Spicy Bacon BBQ Sauce for yourself because the 12-ounce bottle is available for $8.99 at ThinkGeek.

If there is one thing we have learned from the internet, it is this. Honey Badger don’t care! But you do, when it comes to BBQ sauce. This Honey Badger Habanero BBQ Sauce is Cobra strength. It was inspired by the Internet’s favorite badger. It […]