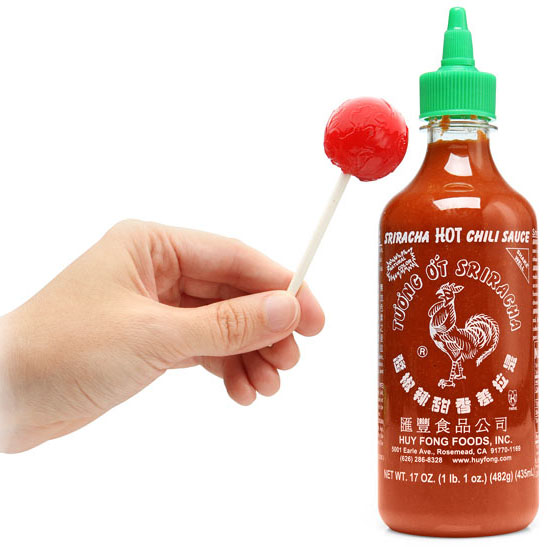 Most people fall into either the sweet tooth or salty tooth categories, just like one will more likely side with the Democrats or the Republicans. But the outliers, the spicy tooth peeps (I guess they’re comparable to the Liberal party), often get overlooked. The Sriracha Rooster Sauce Lollipops were made for these special people who don’t mind a little self-inflicted pain.

Move over, Atomic Fire Balls. There’s a new heat in town. When high fructose corn syrup alone ceases to do the job, chili peppers must step in and ruffle some feathers. 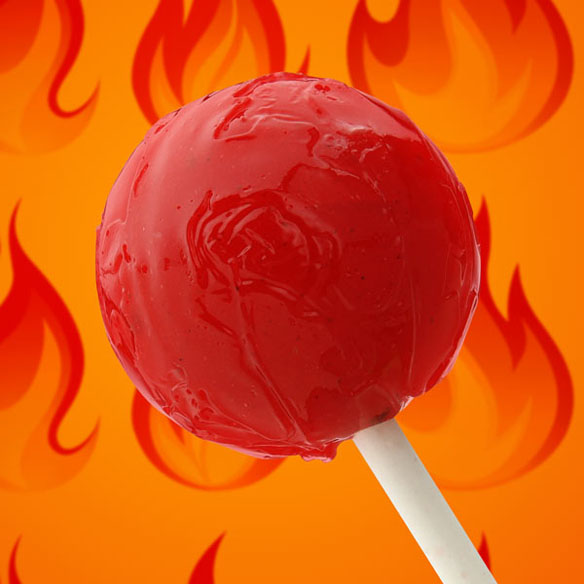 Your friends think they’re so tough, but let’s see who can last the longest in a duel of licking these lollies from hell (or rather, from a beautiful Southeast Asian country.)

Give the lollipops as gag gifts to major hot sauce wimps. Or they could act as thoughtful gifts to give those classy individuals who pour Huy Fong Sriracha Sauce on everything. Yeah, it’s sort of like that grandma on the Frank’s Red Hot commercial.

You might also like Evil Hot Gummi Bears and Tabasco Spicy Chocolate for other candies with a kick.

If you like hot sauce and love chocolate, make sure that you try these Sriracha Chocolate Bars. They combine two great things, Chocolate and Sriracha. Your taste buds will thank you. This 1.75 ounce chocolate bar will melt-in-your-mouth as the chocolate and sriracha combine to […]

Tired of the cool peppermint taste of candy canes? Try something hot. These Sriracha Candy Canes will clear your sinuses and raise the temperature. You get 12 super-hot, individually wrapped candy canes. It’s the perfect way to spice up your holidays. If you like it […]