Are you the type of person that relishes the opportunity to control your own artistic expression when you get the chance? For all its positives, technology sure has a few major flaws…It doesn’t allow us to take part in the fun. Well, at least one company out there knows how to have self-expressing fun and they want you to join in on the action.

You probably remember Lomography and all the cool analog cameras GeekAlerts has shown you over the last few years; well, here’s another one that you are going to need to add to your collection. The Lomography Spinner 360° allows you to capture 360° view photos with 35mm film with ease. Just pull the cord and hold the camera as it spins and captures the world’s beauty around you. 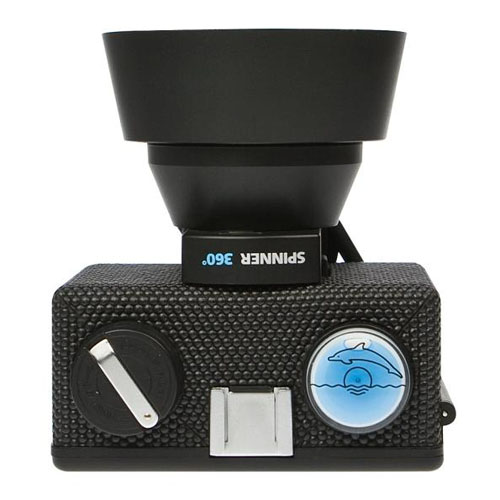 Go beyond the confines of standard panoramas with the Lomography Spinner 360°! Just hold the camera in one hand, pull the cord with the other and release it. In one split second, the camera spins 360 degrees on its own axis, capturing every detail around you on 35mm film – The result is a super-wide angle image, 4x longer than a standard landscape photo! 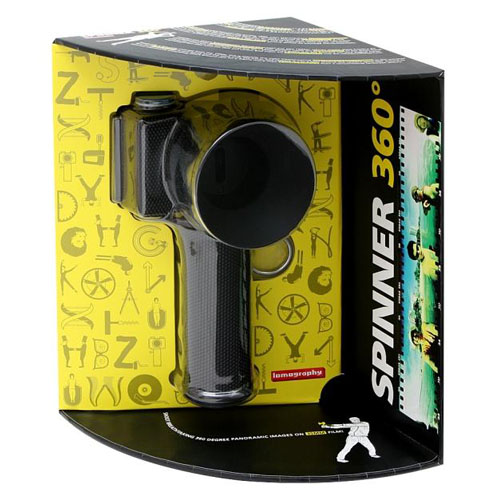 You can can purchase the Lomography Spinner 360° Camera at Lomography for $99.

Technology has really changed how people view creativity and artistic expression, but Lomography is working hard to provide analog cameras for people that still want to enjoy 35mm film. GeekAlerts has shown you several cool models like the La Sardina Western Edition Cameras, the Gold […]

Lomography just announced the release of the Special Edition Golden Lomography Cameras. With three models to choose from (Fisheye 2, Diana F+, and Diana Mini), Goldfinger himself would be very impressed. These cameras offer a unique perspective on photo taking. Not only do they combine […]

GeekAlerts has shown you several cool analog Lomography cameras in the past; and in a world where smaller usually means cooler, the new Lomography Diana Baby 110 Camera should be considered very cool. Small enough to fit in the palm of your hand, this analog […]

If you’re a fan of westerns and classic photo taking, then you’re going to love the new La Sardina Western Edition Lomography Cameras. There are two models to choose from, the Bella Starr or Clever Coyote, and both feature oxidized metal bodies with ultra-wide-angle (89° […]

At GeekAlerts we like the latest technology from the newest gadgets, but we also enjoy retro designs and nostalgic gizmos. It’s similar to how digital cameras and camcorders are great in many ways, but artistic individuals can get incredible results using good old-fashioned analog film. […]

GeekAlerts has shown you the cool style and designs of the Lomography Cameras in the past, and just a few days ago we should you the LomoKino 35mm Film Movie Camera. Since we always strive for the latest and greatest here, we figured you would […]

The popular Fisheye camera from Lomography, the company behind produtcs such as the Diana Multi Pinhole Camera and the LOMO Lubitel 166+ Camera, has now been released in a new pink edition in time for Valentine’s Day.

GeekAlerts showed you the cool La Sardina Western Edition Cameras from Lomography in the past. While those models appealed to fans of steampunk and the Old West, the La Sardina Pattern Editions Cameras will appeal to artistic fans that enjoy color, shapes and standout style […]

The Star Splatter Turbine Fidget Spinner is an awesome black fidget spinner with a gold splatter pattern that looks like space. It measures 2 1/2″ diameter and is out of this world. Fidgeting just met the final frontier. You will have hours of fun spinning […]