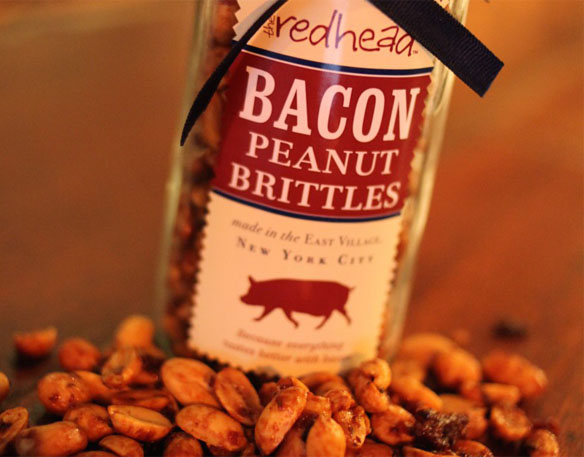 The Bacon Peanut Brittle is yet another delicious bacon treat! This is a wonderful option for any party-thrower who knows he’s going to have a lot of hungry guests coming over – just pour this into a large bowl and you’re ready to go! They have a delightful crispy feel, and are covered in my favorite food: bacon. If that isn’t enough to make you mouth water, they are roasted with a hint of maple syrup to top it all off.

These have been given raving reviews from even non-geeks, unlike some of the less conventional bacon treats we’ve praised here on GeekAlerts.  Bacon Frosting?  Geeks love it, other people say it’s kind of gross.  Bacon Peanut Brittle?  A party going on in everybody’s mouth. 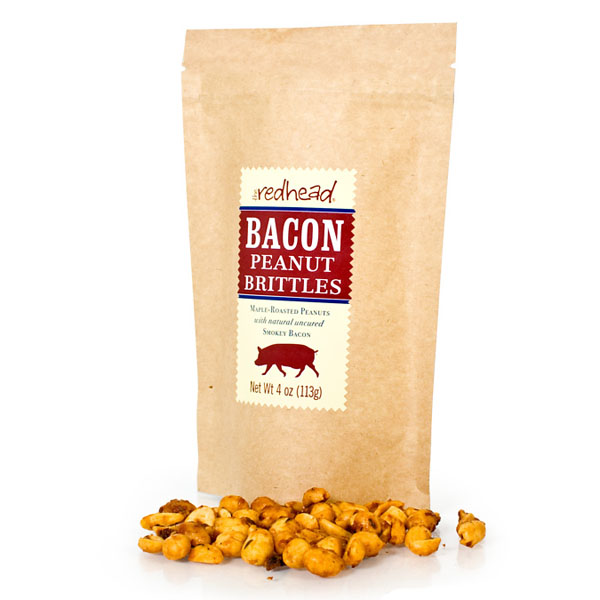 True to the hype, these New York snacks have a delicious coating of cayenne, thyme, maple syrup and of course bacon. Roasted until the moreish mix coats the peanuts completely, they’re crispy, crunchy and irresistibly tasty.

If you love the Bacon Peanut Brittle, hop on over to Firebox to pre-order up a bag for just £6.99 or go to The Redhead to buy a 1-lb bag for $21.99 now.  If you’re not hooked, take a look at some other bacon gifts like the Bacon Tie and the Bacon Pennant.

That’s right, bottled bacon. And why not, GeekAlerts has shown you Canned Bacon already. So add a little bacon to your summer drinks and desserts with the Torani Bacon Syrup; perfect for the bacon lover or someone just looking to add a little salty, sweet […]