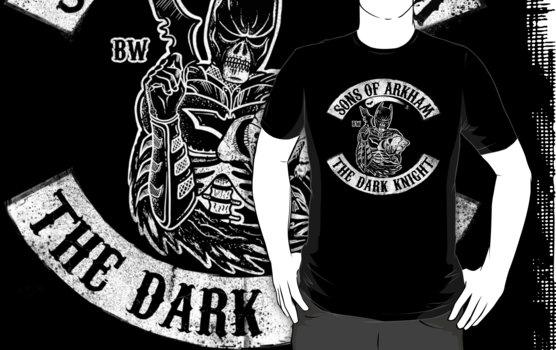 One of the original sons of anarchy gets super-thin on the Sons Of Arkham: The Dark Knight T-Shirt.

Motorcycles and leather jackets are cute but Batman fans know the real tough guys dress-up like giant bats and swing from rooftop to rooftop using a batarang. Also, the Batmobile is way cooler than a motorcycle.

Scott Neilson Concepts gives us an idea of what Batman would wear if he were the leader of a motorcycle club instead of a lone vigilante, with a symbol that shows a skeleton wearing the iconic cape and cowl of the Dark Knight. 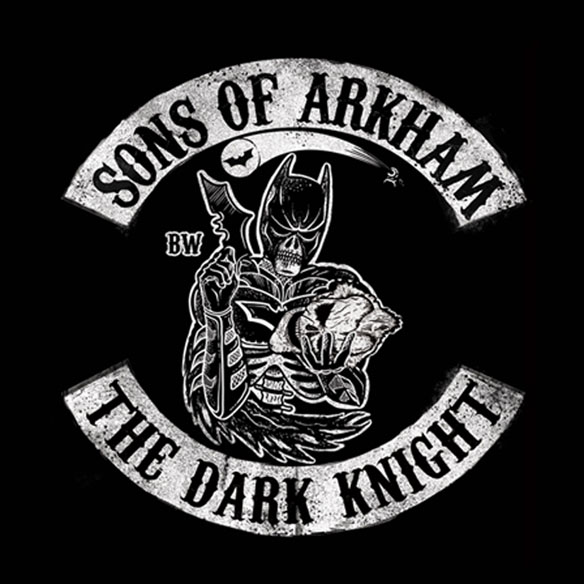 The Sons Of Arkham: The Dark Knight T-Shirt is available for $24.80 at RedBubble.com.

GeekAlerts has shown you some pretty cool motorcycles (UNO III Streetbike Transformer, Tron Light Cycle) in the past, but what you really need to stand out is the right motorcycle suit. Star Wars fans get to live out their dreams with the Leather Stormtrooper Suit […]

Nobody wants to see the Death card when having their fortune read but the Batman Dark Knight Skeleton Tarot Card T-Shirt reveals the card that’s dreaded even more. A skeleton wearing the cape and cowl of Batman is the symbol for justice and vengeance, and […]