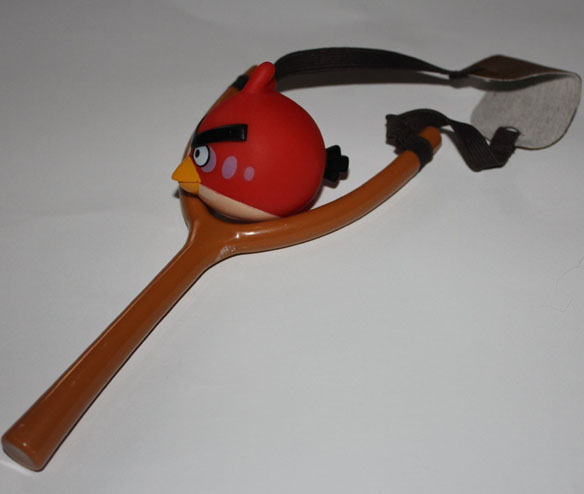 Angry Birds fans have probably dreamed about having a real slingshot to launch their Angry Birds from. Well, now your dreams can come true with this Red Angry Birds Sling Shot Launcher.

You get the sling shot launcher and a red Angry Bird. Launch him again and again to your heart’s content. Just don’t go shooting him through somebody’s window. Then you’ll have an angry human on your hands and possibly an arrest record.

This guy seems just a tad expensive at $99.99, but airborne Angry Birds don’t come cheap. You can get it from Amazon.