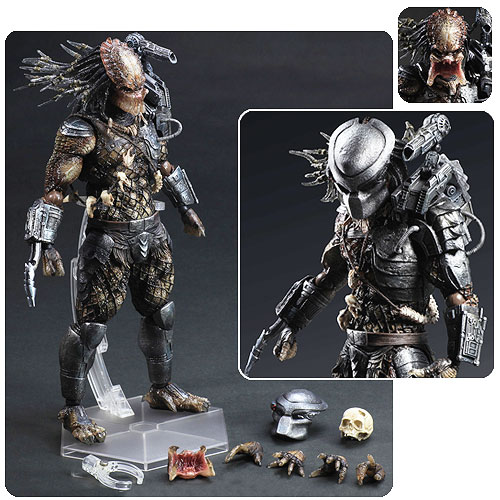 Only the strong survive, and only the strongest are worthy of being called prey. Will the Predator Movie Version Play Arts Kai Action Figure turn the rest of your action figures into trophies?

Based on the classic film that started it all (you know; the one with Arnie), this 11-inch-tall figure brings the alien hunter to life, with details that include translucent parts in select areas and a paintwork application to create a realistic wet look, along with armor and weapons that appear to be tarnished and weathered.

The Predator Movie Version Play Arts Kai Action Figure will be available April 2015 but it can be pre-ordered now for $119.99 at Entertainment Earth.