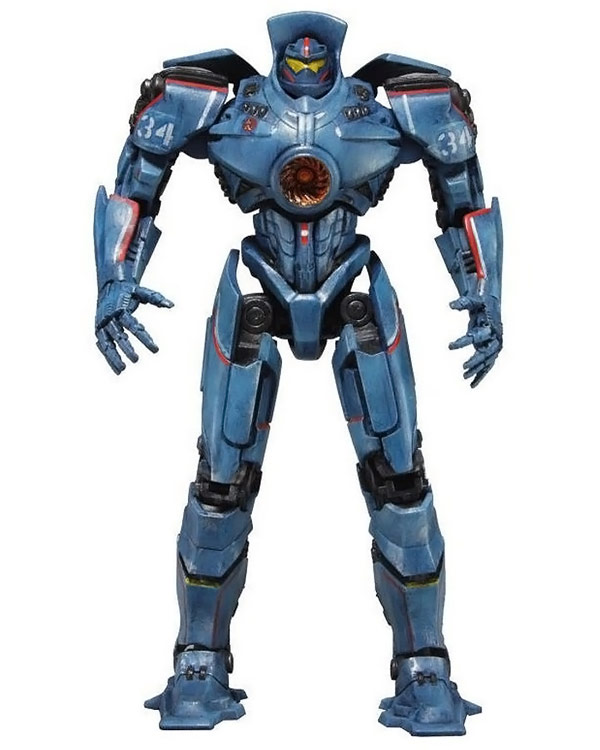 Wish you could pilot a Jaeger? The Pacific Rim Gipsy Danger 18-Inch Light-Up Action Figure puts you in control of your very own Mech, but you don’t have to worry about drifting or getting killed by a Kaiju from another dimension.

Gipsy Danger, the go-to Jaeger in Guillermo del Toro’s Pacific Rim, is captured in a highly-detailed 18-inch action figure that includes a light-up chest, a light-up headlight, and a removable 8-inch-long chain-sword that attaches to its forearms. The figure also has many points of articulation, including an articulated neck, shoulders, elbows, hips, and knees, allowing you to arrange Gipsy in a variety of Kaiju-stomping poses.

Go big or go extinct with the Pacific Rim Gipsy Danger 18-Inch Light-Up Action Figure. It will be available September 2013, but can be pre-ordered now for $89.99 at Entertainment Earth.

Art meets Kaiju meets Ultraman with the Kaiju Fight in Kaganawa T-Shirt as Godzilla battles Earth’s defender while getting soaked by a very familiar wave. Most people, even if they have zero interest in art, have probably seen The Great Wave off Kanagawa, created by […]

The King of the Monsters gets some vibrant color added to his city-stomping activities with Godzilla showing why he’s still reptilian royalty in the King Kaiju Poster. Do not attempt to adjust your screen because the color isn’t off. This is just an artistic spin […]