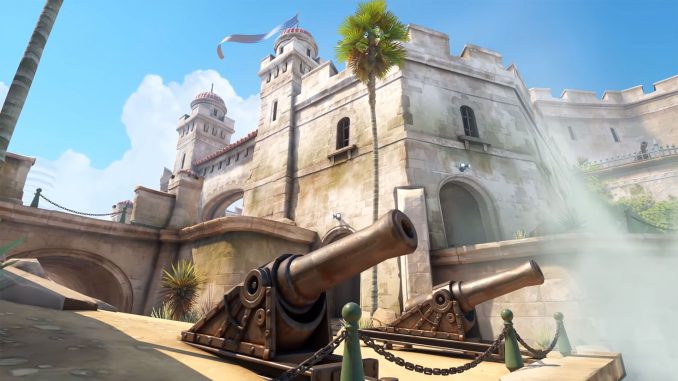 If you’ve played Storm Rising, the latest Overwatch Archives event, then you already have a bit of exposure to the New Overwatch Escort Map: Havana. If not, watch the video below for a brief introduction.

As Overwatch fans know, Escort maps are ones where one team escorts a payload across the map while the other team tries to stop them. For Havana, a coastal city in Cuba that offers palm trees, colorful streets, and old colonial fortifications, the mission is to escort a truck loaded with barrels of rum.

Get ready to explore the heart of Cuba, Havana. Discover the old colonial fortifications and fight through the colorful streets of this coastal city.

Havana is a new Escort map set in the region where one of the infamous members of Talon’s council, Maximilien, operated. For a time, this shadowy organization plagued the local populace with their corruption and crime. Eventually, an Overwatch Strike team was deployed to extract Maximilien with the purpose of gaining intel on a mysterious Talon counterpart, Doomfist.

In today’s Overwatch patch, Blizzard will be releasing an all-new Overwatch Storm Rising Seasonal Mission that takes place on the streets of Havana. Check it out in the video below. In this cooperative mission, you play as Tracer, Winston, Mercy, or Genji as you fight […]

Today Blizzard released Overwatch Patch 1.33.0.1, which includes the New Overwatch Assault Map: Paris. They also released a video introducing the map, which you can see below. To play the new map, just fire up Overwatch and download the latest patch. Instead of going to […]