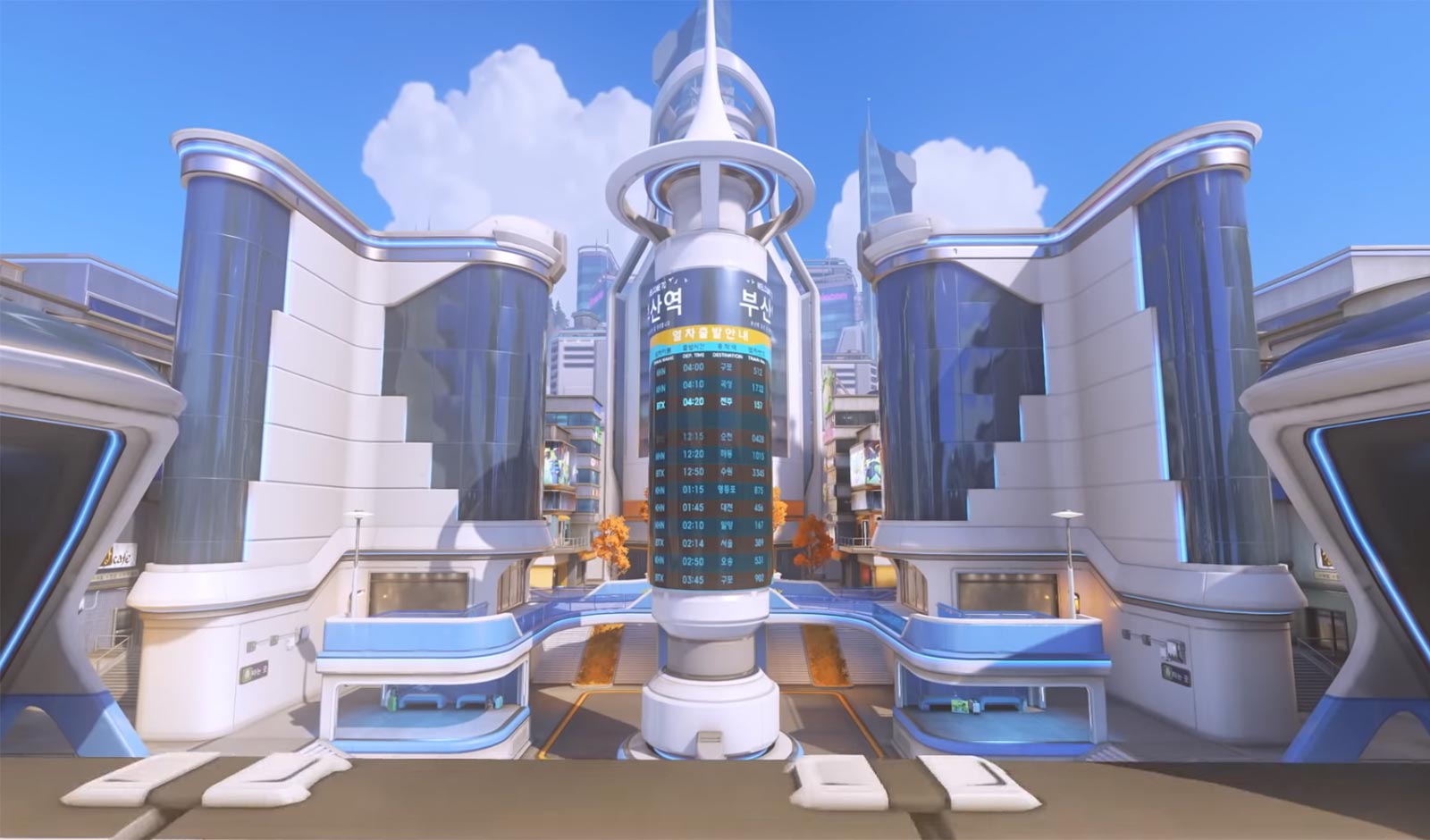 Besides for the D.Va Origin Story Animated Short, Blizzard also released a new video today to introduce the New Overwatch Control Map: Busan. If you’re familiar with the backstory for D.Va, you know that her base of operations is Busan, South Korea, and this map actually includes her MEKA base.

Like all Overwatch control maps, Busan features three different locations. In addition to the MEKA base, there is a traditional Korean temple and a downtown area with a karaoke bar, a computer gaming center (Korean PC bang), and a train station.,

Busan is on the PTR, so you can test it out soon. Relatively soon it will be added to Quick Play and Arcade before making its way to Competitive Play.

Travel to Busan, South Korea and battle for control across three distinct locales within one map: Sanctuary, Downtown, and MEKA Base.

Blizzard just released the Overwatch Animated Short D.Va Origin Story in a new video called “Shooting Star.” It tells the story of how D.Va (aka Hana Song) saves the city of Busan, South Korea from an omnic attack. She uses some quick thinking and inspiration […]

Blizzard announced there is a New Overwatch Deathmatch Map, Petra, on the way, and released a video so you can preview it. With an interesting setting at an archeological excavation site, Petra boasts majestic views from high vistas, while also containing deep tunnels and twisting […]