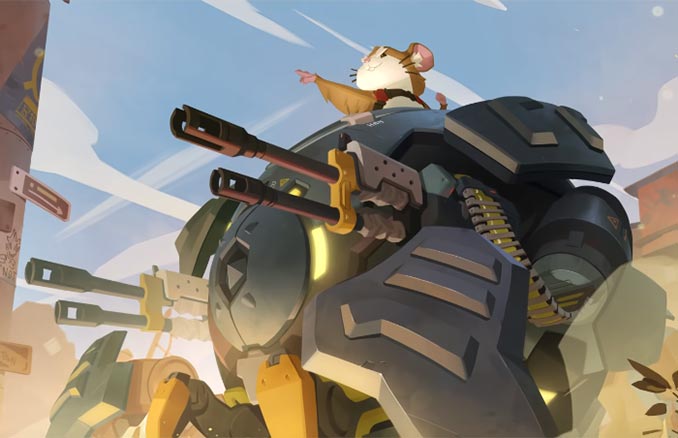 Wrecking Ball is available for testing right now in the PTR, and it won’t be too long before he is released generally into the game. Play the PTR to help test him out and provide feedback to the Overwatch team for improvements and to increase your skills so you already have experience with this hero when he is released to the general game.

Watch the Wrecking Ball Origin Story from Blizzard Entertainment to learn how this intelligent hamster came to be:

Meet the resourceful tinkerer that fights with an iron-clad mech: Wrecking Ball.

In the latest Overwatch Developer’s Update, Game Director Jeff Kaplan provides more information on the latest hero’s backstory (including his origin from Horizon Lunar Colony and his time as a gladiator in Junker Town), as well as details about his abilities, ultimate, and playstyle.

Here’s the image gallery of all the pictures we have of Wrecking Ball / Hammond: