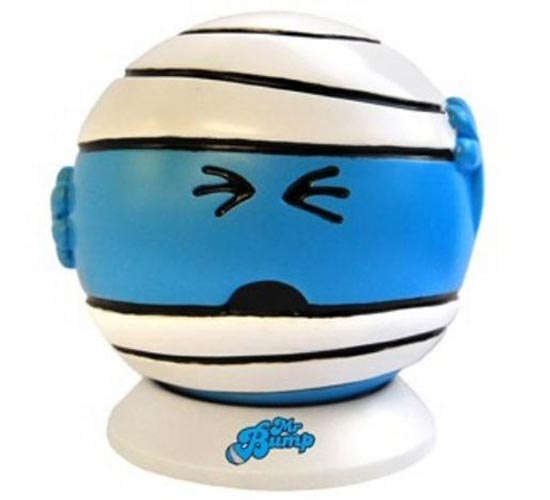 I think we all hate waking up in the morning. Sometimes you just want to throw your alarm clock against the wall. That’s perfectly okay with the Mr Bump Off The Wall Alarm Clock. You are supposed to throw him at the wall every morning.

This Alarm clock is shaped like Mr Bump. In case you don’t know who that is, he’s from the Mr Men series of children’s books, where he bumps into things a lot. When the alarm sounds, just throw him against the wall, and the alarm will stop.

Great for those who want to get some revenge on their alarm clock every morning. Just $15 from Play.com.

If you’re not a morning person, then mornings are probably your least favorite time of day. I know they are, in my day. I just don’t get how some people can be so cheerful and chipper when it’s still so early out. However, I hate […]