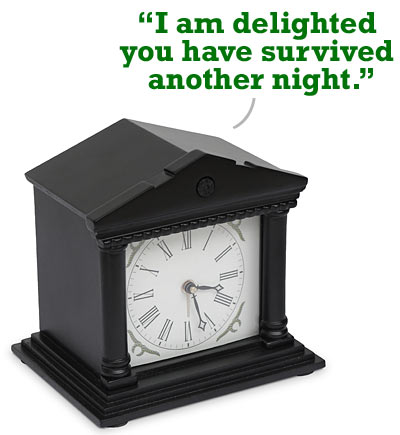 If you’re not a morning person, then mornings are probably your least favorite time of day. I know they are, in my day. I just don’t get how some people can be so cheerful and chipper when it’s still so early out. However, I hate waking up with such a rotten mood every morning, since I have to go to work and plaster this huge smile on my face while I’m there. So instead, I thought of getting myself an alarm clock that could make me smile. And I ended up with the Good Morning Sir Alarm Clock.

The Good Morning Sir Alarm Clock isn’t like your usual annoying alarm clock that might even add to the rottenness of your mood in the morning. Instead of a harsh ringing, the clock instead greets you good morning in Stephen Fry’s calm and soothing voice. The clock has been programmed with over a hundred greetings, so you’re guaranteed a good morning each and every day of the year. 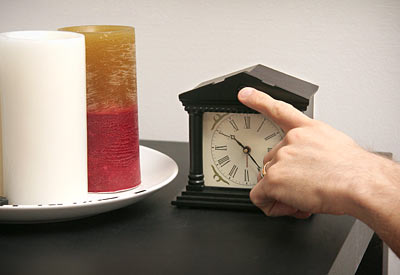 Every morning, Jeeves awakens Sir or Madam with a most smooth and comforting way, His dulcet voice soothes Sir or Madam into gentle wakefulness without the unpleasant slap in the face that is normal alarm-clock operation. The heavy wood and the roman numerals on the timepiece’s face lend a old world gothic flavor to the clock.

The Good Morning Sir or Madam Alarm Clock is available from ThinkGeek for $69.99.