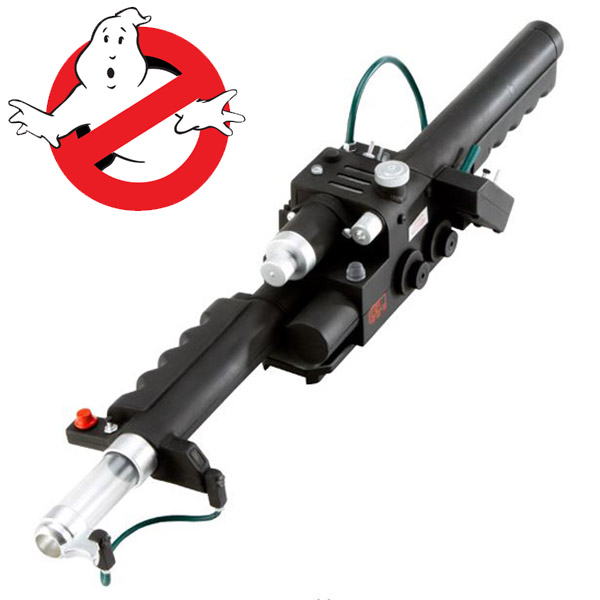 If there’s something strange in the neighborhood, who are your friends going to call? Well, they can call you because you’ll be armed with the Movie Masters Epic Creations Ghostbusters Neutrino Wand.

If you’re a fan of Peter Venkman and the gang – or your being terrorized by a giant marshmallow man – you’ll love this authentically detailed wand that’s modeled after the same ones used by the Ghostbusters. Developed with Sony Entertainment, the wand might not actually contain any ghosts but it will thrill you with light-meter animations on the base that increase or decrease based on the settings of the power stream, and it even delivers vibrations and a force kickback when triggered. An extending tip lights up with orange, red, and yellow LEDs to let everybody know you’re about to go toe-to-toe with the paranormal world.

The wand’s buttons and switches emit sound effects straight from the Ghostbusters films, and you can even see what happens when you cross the streams. If a friend has a Neutrino Wand of their own, just aim the wands at each other to see the lights change color as the light-up meter transforms to a unique pattern, and new sounds and vibration are triggered. 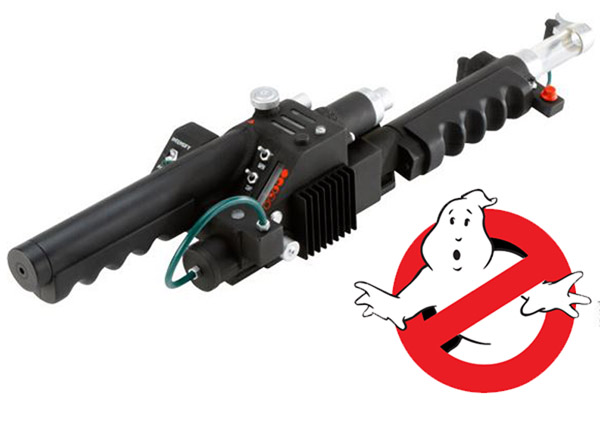 Suit up and prepare to be slimed with the Movie Masters Epic Creations Ghostbusters Neutrino Wand for $130 at MattyCollector.com.

You have to love internet speak. Well, you don’t have to, but it helps, because it does leave the internet and become a part of our lives after all. And for those times when you absolutely have to mark something as win or fail, here […]

Remember! Don’t cross the streams when you strap the Ghostbusters Proton Pack Kit onto your back… unless the only way to deal with the supernatural baddie is to cross the streams. Egon Spengler and Ray Stantz built the first proton packs back in 1984 when […]

This Spell Book Journal with Wand Pencil is all a wizard needs to cast spells and keep track of them all. It is a 90 page “spell book” journal for you to record all your potion recipes, adventures, and other stuff. The wooden “magic wand” […]