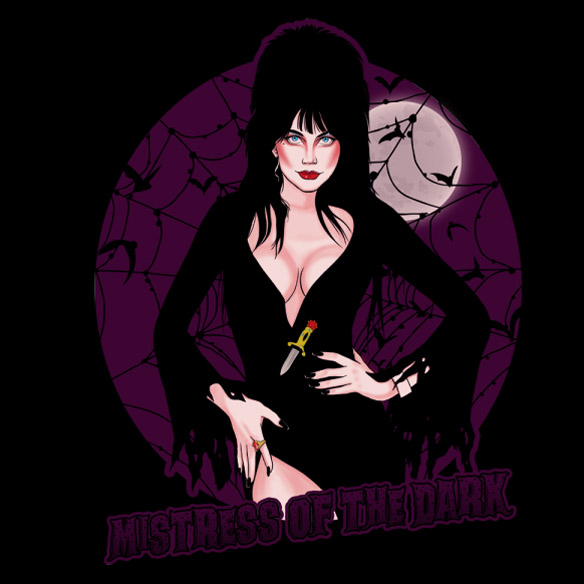 When the sun goes down and the spirits wander about, the Mistress of the Dark T-Shirt is the perfect shirt to wear.

Maybe you’re a fan of cheesy horror movies or maybe you were won over by her feature film, but Elvira, the former late-night queen of horror shows, has become an icon that’s almost as immortal as Dracula himself so it’s understandable if you have a soft spot for the maiden of midnight.

Created by artist Ursula Lopez, the image features Elvira in her iconic black dress, with the words ‘Mistress of the Dark’ beneath her. I’m sure the hostess with the mostest would probably have something interesting to say about something being beneath her but I’ll just leave it right there. 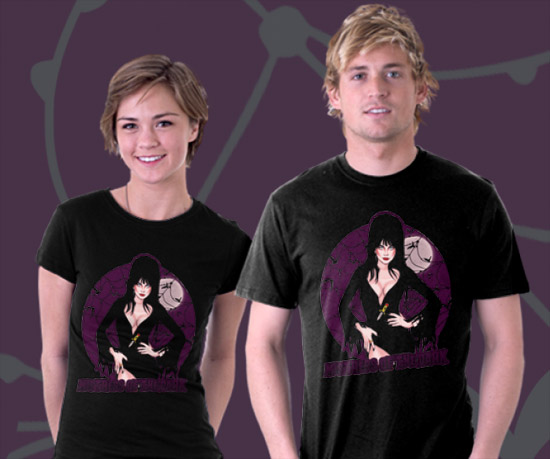 The Mistress of the Dark T-Shirt is available for $17 at TeeFury.

Elvira Mistress Of The Dark Statue

Have you been naughty? From the look captured in the Elvira Mistress Of The Dark Statue, the woman who used to be known as the hostess with the mostest (bewbz) thinks you’ve been very naughty… and the whip is a good clue as to what […]

The Mistress of the Dark offers unpleasant dreams as the Elvira Rock Candy Vinyl Figure. Standing approximately 5-inches-tall and based on Cassandra Peterson’s iconic and sexy hostess with the mostest, Elvira joins Funko’s Rock Candy collection with her trademark beehive hairdo and tight black dress […]

The Mistress of the Dark becomes the Mistress of Christmas with the Elvira’s Scary Christmas Exclusive Maquette. Standing 18-inches tall, with a base that resembles a rooftop and chimney, Elvira prepares to deliver some very interesting toys to all the boys and girls on Santa’s […]

The Queen of Scream becomes the Queen of Ugly Christmas Sweaters with this Elvira Sweater. Remember when Elvira would end every episode of Movie Macabre by saying ‘Unpleasant dreams’? This sweater is what she was talking about. Made of 100% acrylic, this sweater brings together […]

Elvira “Your Heart Belongs to Me” Maquette

The Queen of Horror has many adoring fans, which makes the Elvira “Your Heart Belongs to Me” Maquette horrifically appropriate. This 14.5-inch-tall statue from Tweeterhead has Elvira shedding her iconic black dress for a glittery red outfit as she displays her love for her fans […]

Wonder Woman ‘Not All Princesses Need to be Saved’ T-Shirt

She might be royalty, but as the Wonder Woman ‘Not All Princesses Need to be Saved’ T-Shirt suggests, Princess Diana of Themyscira needs neither a Prince Charming nor Superman to save the day when things get rough. Artist Ursula Lopez (who also brought us the […]

The Fellowship of the Horror T-Shirt

Beneath the amber light of the blood moon, horror icons unite on The Fellowship of the Horror T-Shirt. The artists known as ddjvigo bring us a macabre moonlight parade that features some of the most iconic horror villains of the past few decades, with a […]