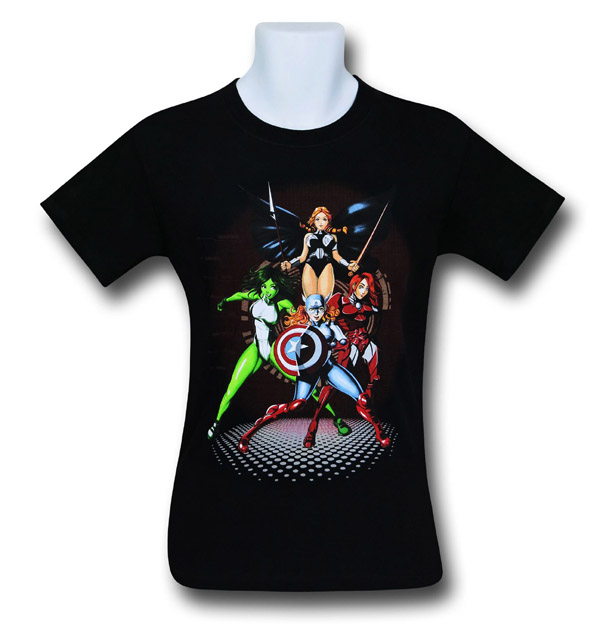 Take a step back, Avengers, because the Marvel Maidens T-Shirt features a new set of faces that are ready to fight the super-powered menaces of the Marvel Universe.

Guys have characters like Captain America, Thor, the Hulk, and Iron Man to look up to, imagining themselves to be the heroes that save the day. But what about the ladies? Well, as it turns out, each of the previously mentioned guys has a female counterpart. The Marvel Maidens consist of American Dream, She-Hulk, Pepper Potts in her Rescue armor, and Valkyrie. While American Dream hasn’t received a whole lot of comic book time and she doesn’t have any super-soldier formula flowing through her veins, she was tough enough to have Captain America give her a shield, which is pretty impressive. 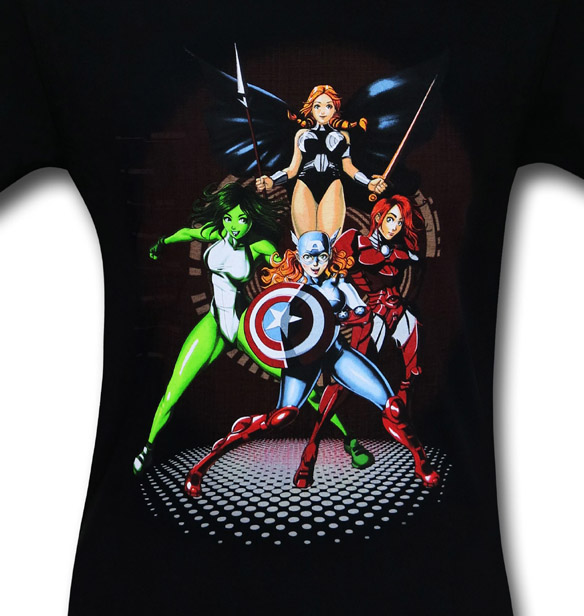 Feel a blast from the past when you slip into the Ladies Of Marvel Retro T-Shirt. The marvelous women of the Marvel Universe join forces to create an awesome force of retro style with this officially-licensed 100% cotton tee that features classic versions of Ms. […]

Steve Rogers, the all-american Hydra agent is ready for action on the Captain America All-American T-Shirt. Okay, let’s go ahead and point out something important. This is the shield-slinger from the Marvel Cinematic Universe. Surely you recognize that image from Captain America: The First Avenger, […]