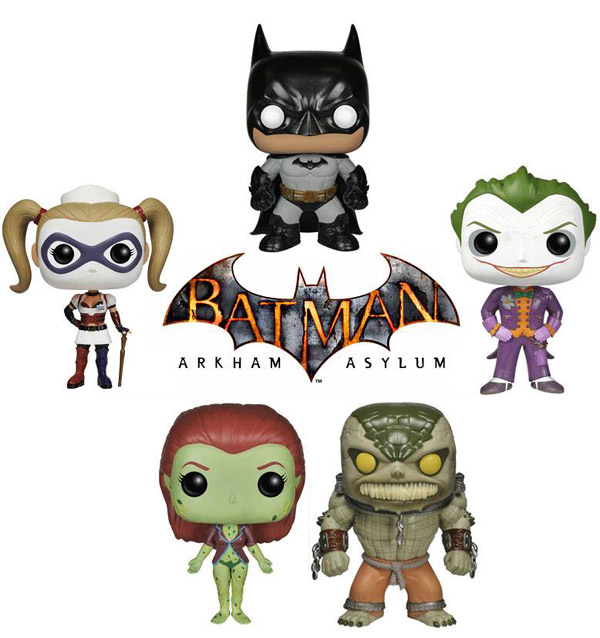 The Batman Arkham Asylum Pop! Vinyl Figures will be available November 2014 but they can be pre-ordered now for $9.99 each at Entertainment Earth. Choose from Batman, the Joker, Harley Quinn, Poison Ivy, and Killer Croc.