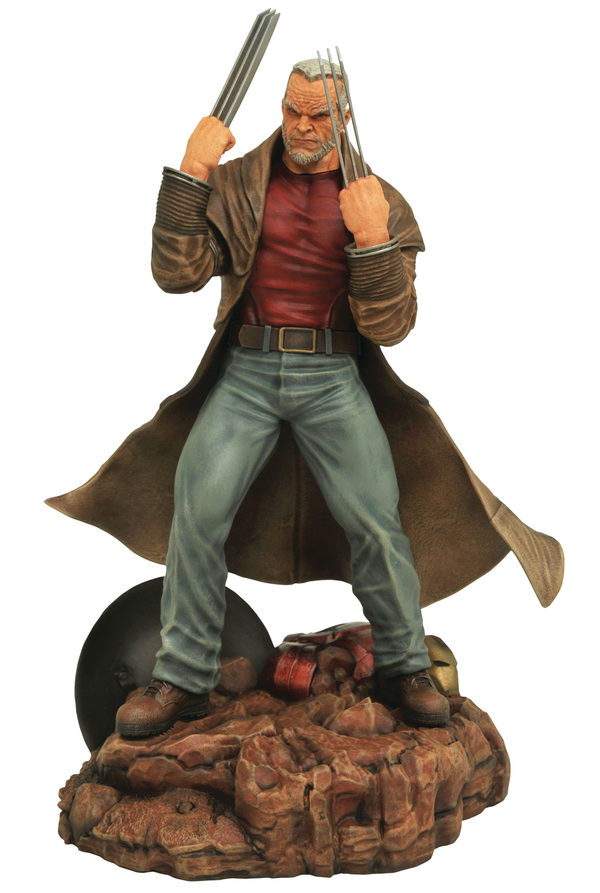 The claws are out and Wolverine has returned with the Marvel Gallery Old Man Logan Statue.

In a Dystopian future where the superheroes have fallen and the villains rule, the old man once known as Wolverine just wants to live a quiet life. Unfortunately, that’s not allowed for the former X-Man and he must once again pop his razor-sharp claws.

Standing 9-inches tall, the PVC statue features Old Man Logan standing on a rocky base littered with Iron Man’s armor and Captain American’s shield. The mutant who’s the best at what he does has his claws bared, ready to get revenge for the fallen Avengers.

The Marvel Gallery Old Man Logan Statue will be available July 2017 but it can be pre-ordered now for $39.99 at Entertainment Earth.

You know a person is tough when he still manages to look intimidating as a Pop! vinyl character, and the Marvel Universe Pop! Logan Vinyl Bobble-Head doesn’t take any of the macho away from the claw-popping mutant. There will be a lot of jealous guys […]

The past and future Wolverines bare their claws on the Logan The Final Act Art Print. Logan and Laura. Wolverine and X-23. The former X-Man and his young clone don’t get a chance to spend much time together but the two are an awesome fighting […]

This Wolverine Old Man Logan One:12 Collective Action Figure depicts an alternate future Earth-807128 Wolverine who has aged. Old Man Logan is still no one to be trifled with however. This figure features over 30 points of articulation and incredible costume detailing that brings to […]