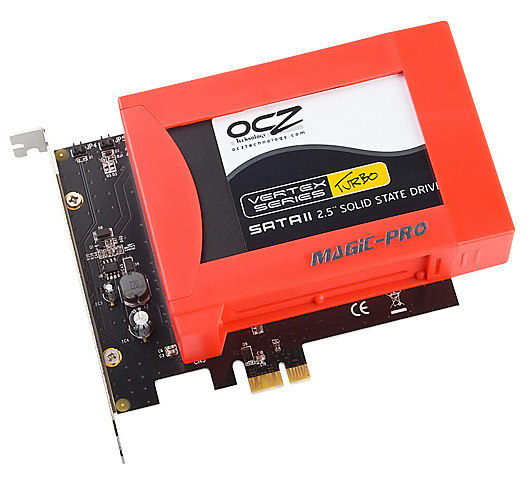 If you’re a PC gamer facing slow frame rates, upgrading your graphics card generally gives you the best improvement. Yet for many of us that generally do office work and web browsing on the computer, a faster I/O subsystem would deliver the most noticeable speedup. The Magic-Pro PCI-Express SATA-III Raid Caddy can really breathe new life into an older computer by giving you blazing fast disk access.

Your old PC may only support SATA II, even though SATA III has been out for a while and at 6Gbps it is twice as fast. This Magic Pro drive caddy connects to a PCI Express slot and provides SATA III support for the two 2.5″ drives it holds. Fill those slots with the latest solid state drives, which are cheaper and much faster than ever, for absolutely incredible read and write speeds. 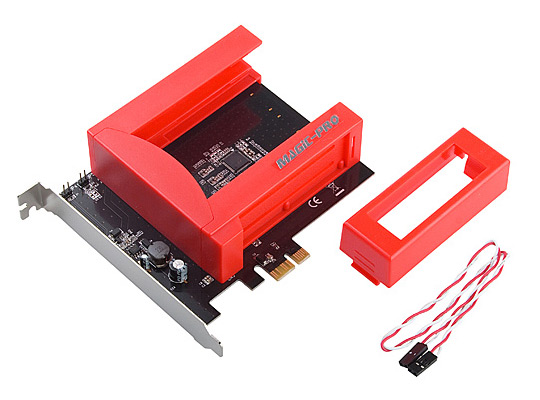 Are you looking to get a little more performance out of your laptop and gaming PC without having to purchase a new system. Verbatim, a global leader in data storage technology, just announced their 2.5″ SATA Solid State Drives and Upgrade Kits at the CES […]

This multi-function desktop gadget will provide you with a 2.5-inch SATA HDD dock, a 2-port USB 2.0 compliant hub, and a 3-slot card reader.

This dock / 4-port USB hub combo makes it easy to backup and transfer data via USB by plugging in any 2,5 or 3,5 inch SATA hard disk in the device.

Have a shot with Spidey. You can have several with this Spider-Man Shot Glass Set with Caddy. This is a super nice looking set that is just begging to be given as a gift. Each shot glass features an image of Spider-Man, and the caddy […]