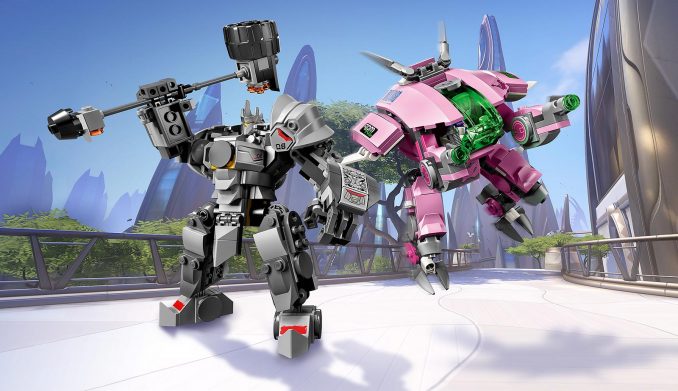 Blizzard Entertainment has teamed up with LEGO and they have a line of new LEGO Overwatch sets that are available for pre-order. One of the best is LEGO Overwatch D.Va & Reinhardt #75973, which features two of the most popular tank heroes from the game.

There are 455 pieces in this set and it includes mini-figures of D.Va and Reinhardt. Each buildable tank model stands over 5″ tall and has a compartment so the associated mini-figure can fit inside. D.Va’s tank model features a shooting function, while Reinhardt includes a buildable colossal Rocket Hammer.

For your favorite Overwatch® fan, a buildable mech suit and powered armor with LEGO® Overwatch 75973 D.Va & Reinhardt! Each of these instantly recognizable Overwatch tank heroes features an Overwatch minifigure so fans can place the highly-detailed Overwatch characters inside through the hatches that open. Reinhardt features a massive buildable Rocket Hammer and both minifigures have smaller weapons so younger fans can play out the action of the game, while older fans may want to display the minifigures and toys next to their gaming setup!