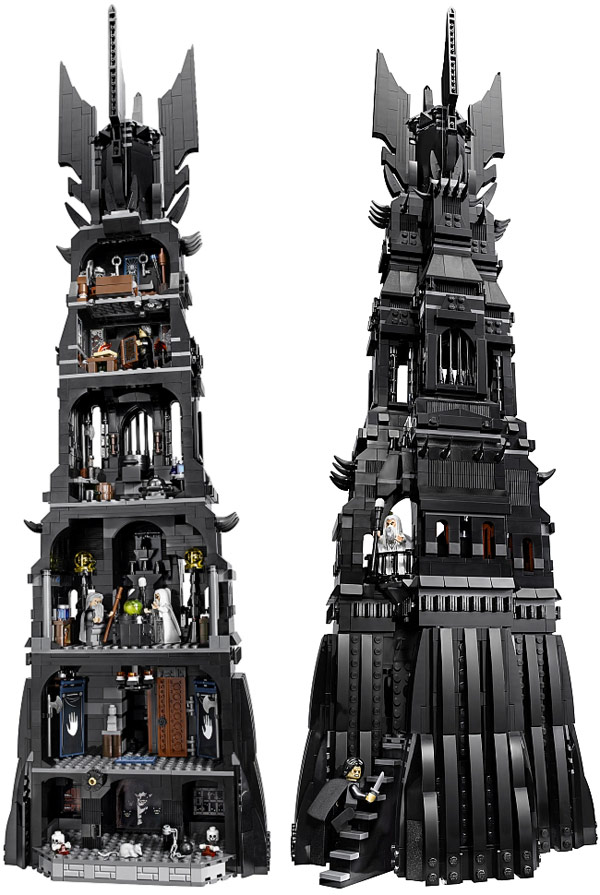 Take a trip to Middle-Earth with the LEGO Lord of the Rings Tower of Orthanc Set and immerse yourself in such a highly-detailed structure that you’ll be expecting to bump into Saruman himself.

Orthanc Tower, which featured prominently in “The Lord of the Rings: The Two Towers,” is revealed in all its in-depth glory with a LEGO set that contains 2,359 pieces, six detailed floors, including the attic, library, alchemy room, Saruman’s throne room, entrance hall, and dungeon.

Also, you won’t have to wait too long to encounter the corrupted Saruman because he, along with Gandalf, Grima Wormtongue, an Uruk-hai, an Ent, and the Orc Pitmaster, are inhabiting the tower in minifig form.

Lord of the Rings Tower of Orthanc LEGO Set 10237

Join Gandalf in his quest to save Middle-Earth, or satisfy your thirst for power by siding with Saruman, with the Lord of the Rings Tower of Orthanc LEGO Set for $199.99 at the LEGO Shop.

Relive the epic battle of Gandalf vs. Saruman with these awesome Lord of the Rings Gandalf and Saruman Salt and Pepper Shakers. Choose a side. Salt or pepper. Then it is time to do battle with your food. This pair of salt and pepper shakers […]

If you need a bit of extra light on your counter when you’re building LEGOs, you need this LEGO Brick LED Light. It is actually easily mountable almost anywhere, such as under shelves or on a wall, because there is a separate mounting plate. Just […]