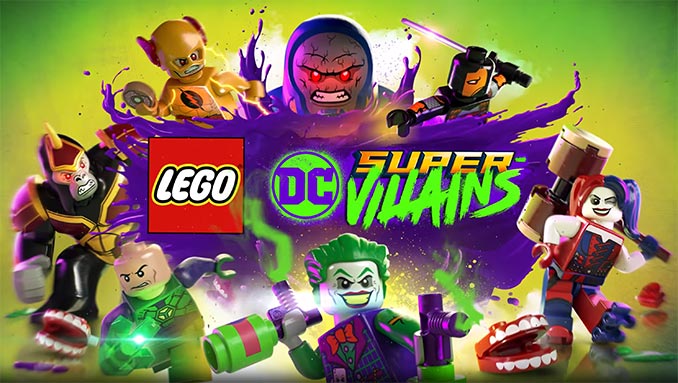 They teased it yesterday, and today LEGO released the LEGO DC Super-Villains Announce Trailer. Watch it to get a preview of the new video game that will be released on October 16, 2018 for the PC, PlayStation 4, Xbox One, and Nintendo Switch.

It’s good to be bad in LEGO DC Super-Villains, because as a member of the Injustice League, you can battle opponents, overcome obstacles, and solve puzzles using diabolical pranks and mischievous tactics. Embrace your inner super-villain as you play as Lex Luthor, Harley Quinn, The Joker, Deathstroke, and other villains from DC Comics in their battle against the “Justice Syndicate,” counterparts to the Justice League from a parallel universe. Featuring multiple layers of entertainment, LEGO DC Super-Villains delivers a hilarious story as you work your way wreaking havoc through this action-packed game.

The big reveal to all the chaos happening around Metropolis! LEGO DC Super-Villains out October 16, 2018 on Nintendo Switch™, PlayStation®4, Xbox One, and PC.

Embark on an all-new LEGO open-world adventure by becoming the best villain the universe has seen in LEGO DC Super-Villains. For the first time, a LEGO game is giving you and your family the ability to play as a super-villain, unleashing mischievous antics and wreak havoc in an action-packed, hilarious story written in collaboration with DC Comics.