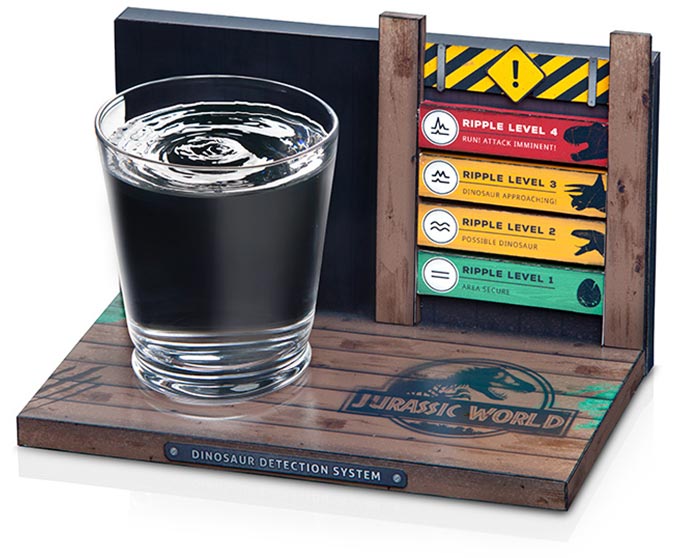 Everyone knows the iconic scene in Jurassic Park where the ripples in the water cup signaled the arrival and hinted at the immense size of the T-Rex. That’s the idea behind the new Jurassic World Dinosaur Detection System. It’s important to keep your friends and family safe, so if you don’t have another dinosaur detector already, it would be wise to invest in one of these. An ounce of prevention is worth a pound of cure, after all, and I think that goes double for ferocious dinosaurs. 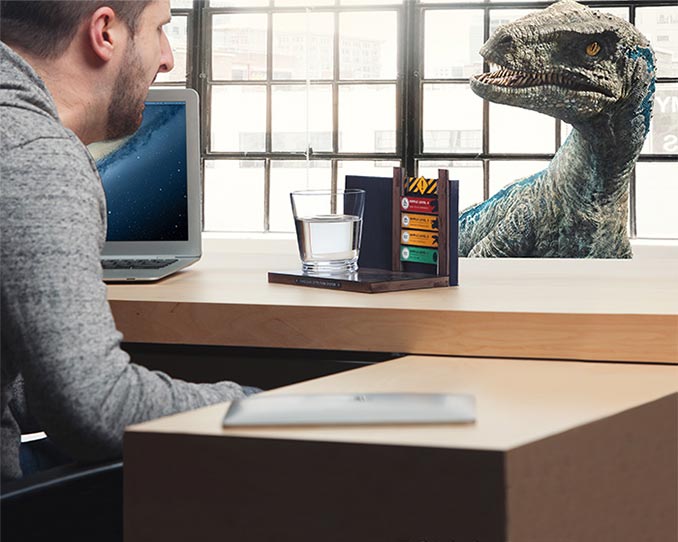 You have a smoke detector. Depending on where you live, you might have a radon or a carbon monoxide detector in your house, too. What do these threats have in common? They may not occur frequently, but when they do, you need to know immediately, because they all have the ability to do you some pretty severe harm. 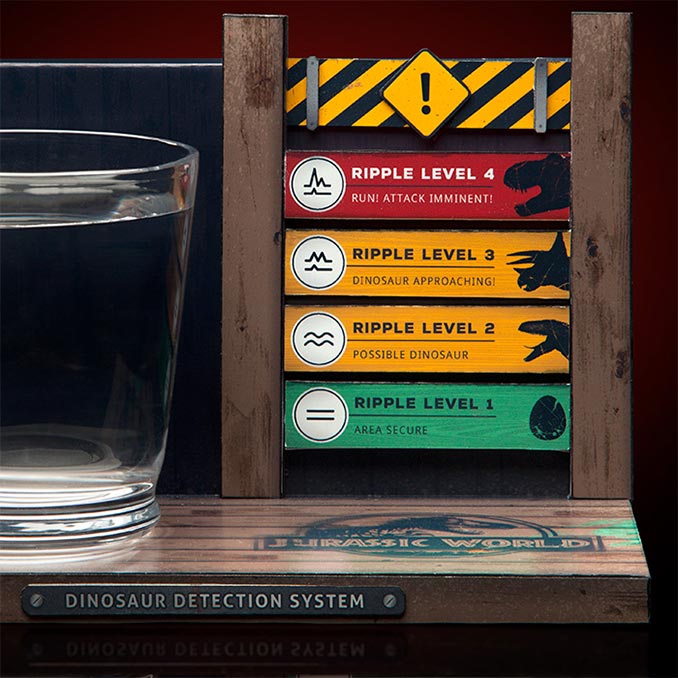 Jurassic World Dinosaur Detection System is a ThinkGeek exclusive, and the price is listed as $18.99. You cannot buy it however, as it is just one of the many clever April Fools Pranks.

The latest film in the Jurassic Park franchise is filled with plenty of awesome but the Jurassic World Chase Mural shows one of the best scenes in the entire film. We knew Chris Pratt’s Owen was a cool dude when he ran into the Raptor […]

The dinosaurs couldn’t protect themselves from extinction but they can protect your furniture with the Dinosaur Fossil Coasters. Featuring designs that could be marketed as literally taking millions of years to create, these alder wood coasters feature a different dinosaur fossil from four different time […]

This USB flash drive, available in black, blue and pink, will be a perfect accessory for geeks who like dinosaur inspired gadgets like this webcam or this R/C robot. Dinosaur USB Drive Capacity: 4GB Dinosaur design Linked cap USB 2.0 Size: 53*33*19mm Weight: 15g The […]

This Jurassic T-Rex Mug is a vessel that any dinosaur fan can appreciate. It’s like drinking out of an actual, very small, dinosaur. Now you can drink your coffee paleontologist-style. This guy will scare all of your other mugs, insuring that you will always reach […]

If you are a hunter who likes to display trophies on your wall, there is one head you have never been able to add to your collection. A dinosaur. They were extinct long before hunters even existed. Well, now you can display the head of […]