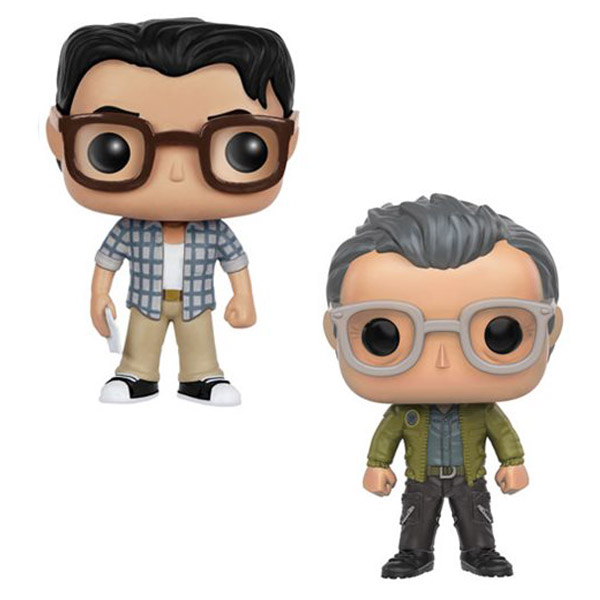 There can be only one… except when there’s two. Funko brings us two versions of Jeff Goldblum with the Independence Day David Levinson Pop! Vinyl Figures.

Standing about 3 3/4-inches tall, David Levinson, as portrayed by Goldblum, is ready to help defend the Earth against an extra-terrestrial threat, during both the original battle in Independence Day and the battle that takes place 20 years later in Independence Day: Resurgence.

It’s time for another invasion and the Independence Day: Resurgence Alien Pop! Vinyl Figure is leading the enemy’s forces. The invading aliens tried to overwhelm us with their advanced technology last time, and it worked for a little while. Ultimately, though, they were defeated. They’re […]

There’s no need to decide between real-world or virtual playtime with the Virtual and Terrestrial Battling Robots because you can switch seamlessly between the worlds that exist inside and outside the computer as you wage war against your robot rival. You can use the remote […]

One up over your neighbors by displaying this Super-sized David Garden Sculpture on your garden instead of the usual, fit David with the chiseled body. Michelangelo obviously wouldn’t be very pleased to see this version of David who looks like he gorged on pizzas every […]