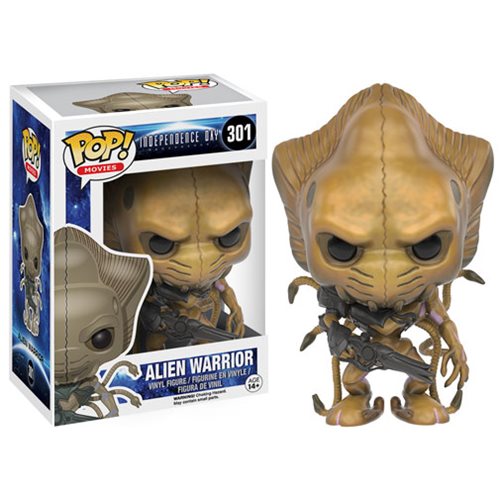 It’s time for another invasion and the Independence Day: Resurgence Alien Pop! Vinyl Figure is leading the enemy’s forces.

The invading aliens tried to overwhelm us with their advanced technology last time, and it worked for a little while. Ultimately, though, they were defeated. They’re trying something new this time, using cuteness as a weapon.

Just look at this approximately 3 3/4-inch tall figure. It almost seems harmless but don’t let it fool you. It’s just waiting for the right moment to attack.

The Independence Day: Resurgence Alien Pop! Vinyl Figure will be available later this month but it can be pre-ordered now for $9.99 at Entertainment Earth.

There can be only one… except when there’s two. Funko brings us two versions of Jeff Goldblum with the Independence Day David Levinson Pop! Vinyl Figures. Standing about 3 3/4-inches tall, David Levinson, as portrayed by Goldblum, is ready to help defend the Earth against […]