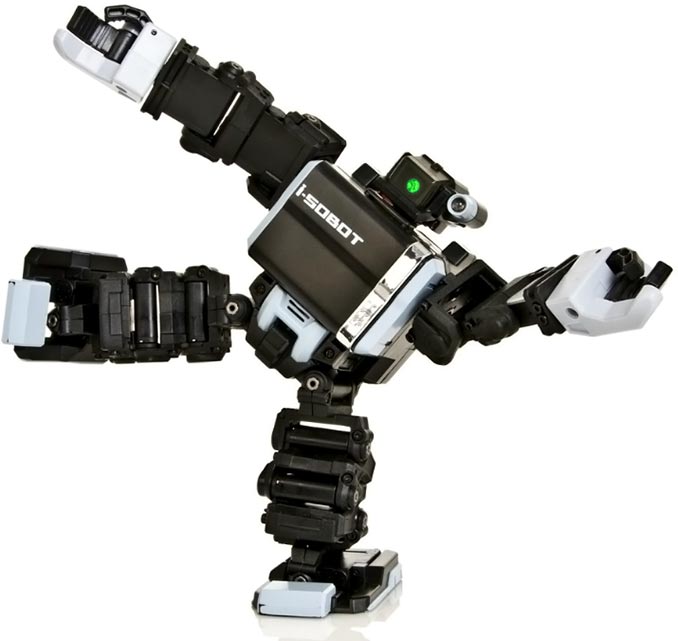 In other i-SOBOT news the official i-SOBOT web site now has some of the Japanese web pages up; still waiting on the English language pages. Also, Amazon has changed their quoted expected delivery date for preorders from October 22 to October 10 to 24. This may be a sign that the robot will ship earlier than previously expected.

Video footage of i-SOBOT, the world’s smallest mass produced humanoid robot, in a no holds barred battle up against Godzilla: While many celebrate the triumphant arrival of Takara/Tomy’s tiny humanoid robot upon American shores, a disturbing development comes with it. All across the USA, i-SOBOT […]

i-Sobot $299.99, the world’s smallest robot, is now available for pre-order. The tiny humanoid from Tomy, a Japanese toy merchandise company, is expected to start shipping in October. The i-SOBOT is fully functional and features 17 custom designed actuators and gyro-sensor that allow it to […]

This brand new video shows an i-SOBOT robot being controlled by arm gestures with the help of the Nintendo Wii controller and the Nunchaku attachment. At the heart of the video is the free Robodance 4 software. System requirements: Windows PC running Windows 2000 or […]