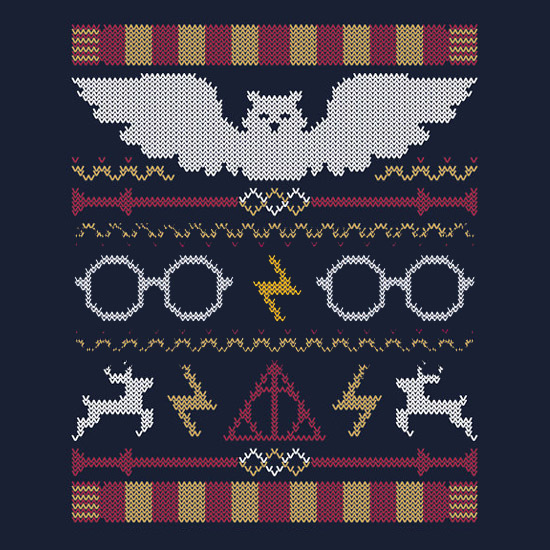 So, you want a Harry Potter sweater but it doesn’t get cold enough to be wearing something that warm? Slip into the Harry Potter The Sweater That Lived T-Shirt instead.

The type of pictures that appear on sweaters are completely different than the pictures on t-shirts, except the two styles collide on this particular tee, with a traditional sweater-style image appearing on a short-sleeve t-shirt, which is perfect for people living in states where anything under 75 degrees is considered winter.

Featured on the shirt are iconic images from the world of Harry Potter. Anyone who followed the adventures of the boy wizard will immediately recognize Harry’s owl, Hedwig, along with the familiar glasses and lightning-bolt scar that would make Harry stand out in any crowd. There’s even a double-shot of Harry’s patronus and a glimpse of the symbol for the Deathly Hallows. 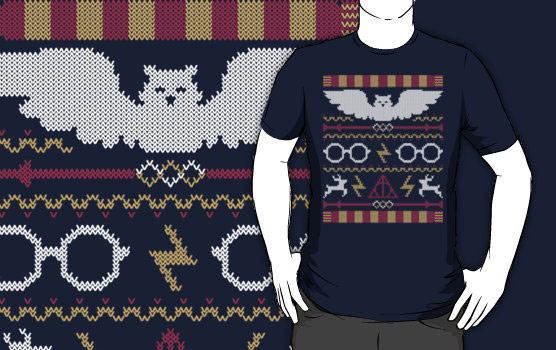 The Harry Potter The Sweater That Lived T-Shirt is available for $24.54 at RedBubble.com.

Owls seem to be popping up everywhere; even as computer accessories. How these creatures love to tug at our heartstrings! Who can resist their big, round eyes, the way they do that rad 360 move with their heads, and their overall pudgy cuteness? We’ve shown you some fancy owls that plug into […]

Not only will this Harry Potter Hedwig Shawl Scarf keep you warm, but it will also let you show your love for Harry Potter. This fun scarf has a starry black background with a snowy owl design. The owl has a letter for you. As […]

We love creatures of all types at GeekAlerts. We love dogs, fish, cats, lizards, snakes, bugs, Domos, Twitter birds and owls. Maybe it’s because non-human creatures tend to understand us better and never readily judge us. Or at least they aren’t too good at expressing in […]

If you’re a night person, you need to sleep during the day when sunlight can make sleeping difficult. Block out the sun and look super-cute with these Night Owl Sleep Masks. These are also a must-have if you have a roommate that wakes up before […]

Get ready to work some magic with the Harry Potter ‘Harry’s First Spell’ Q-Fig. Standing 3.37-inches tall (not including base), the Boy Who Lived joyfully wields his wand as his Hogwarts robe and Gryffindor scarf swirl around him. The figure might be called Harry’s First […]

With the final installment of the Harry Potter movies (Harry Potter and the Deathly Hallows: Part 2) set to be released this summer, now is a great time to get the new Harry Potter LEGO toys before everyone else does.  The LEGO Harry Potter The […]

Even though I’ve never cuddled a real owl before, it would be the one bird I’d want to cuddle most. Owls are soft, round, have beautiful eyes, and they have this mystical quality about them. While most of us will never know what cuddling an owl is like, at […]