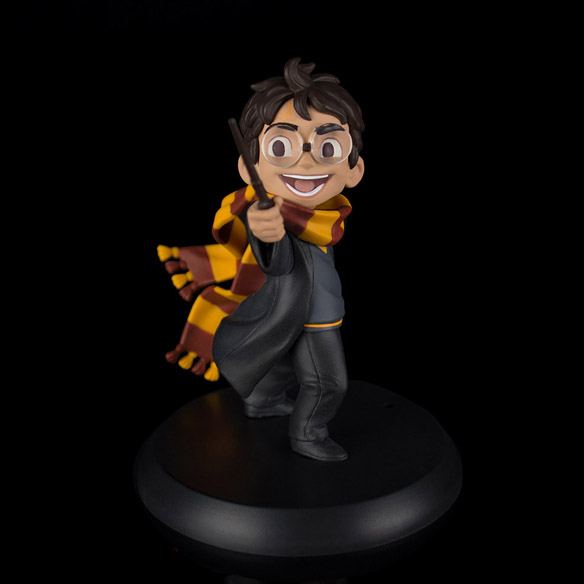 Get ready to work some magic with the Harry Potter ‘Harry’s First Spell’ Q-Fig.

Standing 3.37-inches tall (not including base), the Boy Who Lived joyfully wields his wand as his Hogwarts robe and Gryffindor scarf swirl around him. The figure might be called Harry’s First Spell but there’s no reason to let that limit you because you can write anything you want on the included whiteboard speech bubble, from Wingardium Leviosa to Avada Kedavra, or even write something Hagrid-like, such as ‘Shut up, Dursley, yeh great prune.’

The Harry Potter ‘Harry’s First Spell’ Q-Fig is available for $14.95 at qmxonline.com.

The Speech Bubble Light Box lets you share reminders, motivational sayings, and much more with others and yourself. Why spread the word with a boring message board when you can get the message out with this cool message board light that looks like a speech […]