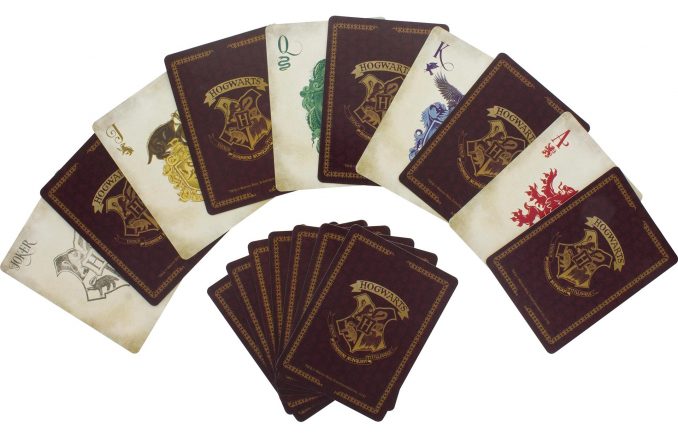 These Harry Potter Hogwarts Playing Cards are sure to delight any fan. Adorned with the iconic Hogwarts crest, the back of the playing cards also includes the school motto ‘Draco Dormiens Nunquam Titillandus’ which means ‘Never Tickle a Sleeping Dragon.’

Just like the other Harry Potter House Crests Playing Cards, these playing cards use the four houses of the Hogwarts School of Witchcraft and Wizardry, Gryffindor, Hufflepuff, Ravenclaw, and Slytherin, in place of the traditional suits of Hearts, Clubs, Diamonds, and Spades. Packaged in a nice tin that also features the Hogwarts crest, you can keep the cards neat and organized when you’re not using them. 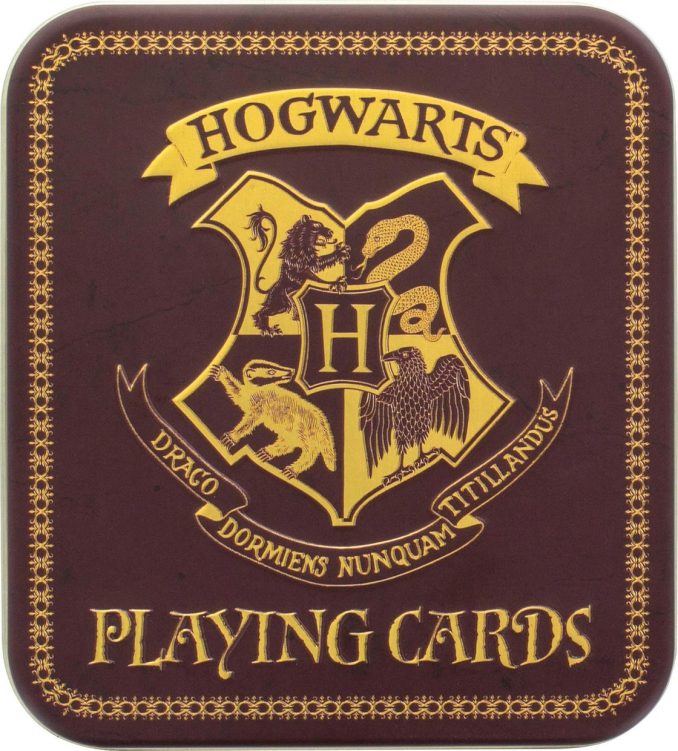 Play a round of your favorite game with these Harry Potter playing cards. They come in a tin for safe keeping and have images from the series to delight fans.

The set features the iconic crest of Hogwarts and even the school’s Latin motto ‘Draco dormiens nunquam titillandus’ (Never tickle a sleeping dragon).

The Harry Potter Hogwarts Money Bank is how Harry Potter fans can save money. This bank will look great on your shelf or even with your books. Harry Potter will keep an eye on your money and make sure that your saving pile up. It […]