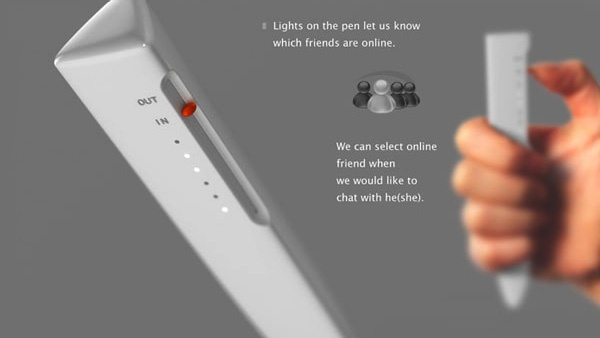 When we moved into the digital age, a lot of people stopped writing and began typing. Most school papers are now typed before printing out. Some forms can now be filled out online. Instead of writing letters to one another, people are now typing out their communications and sending it all through e-mail. I wouldn’t be surprised if the next generation of the world’s people would have the worst handwriting ever because they rarely write.

This is why I think the Handwriting Digital Pen is such an interesting take on the matter. It’s actually a digital pen that lets you instant message with your friends by writing your messages instead of typing it out. Sure, it might take you a whole lot longer to respond to messages, but wouldn’t you rather write it down once in a while, albeit digitally? 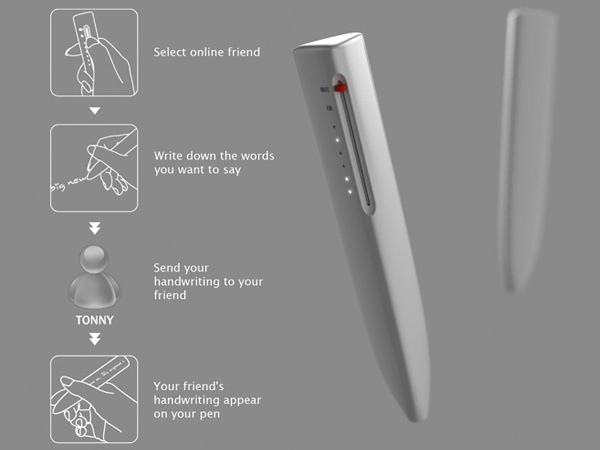 Too bad that this gadget is still a design for now. However, I’m certain that if this thing wouldn’t turn out to be too expensive to make (and sell), then it would be a huge hit; at least, with me.

The Handwriting Digital Pen is a concept design by REN Fangying.

A lot of offices are starting to go the paperless route to promote environmental awareness and just reduce the amount of paper waste that flows through the various departments in the building. If you’re still exploring the prospect of going paperless, then you might want […]

Iogear Reads Your Handwriting – For Sure

If you had any doubts whether yesterday’s keyboard would really work the way the product name gave the impression of, here’s your chance to get something similar that is guaranteed to do the job. The Iogear Digital Scribe Pen And USB Receiver ($60) will convert […]

Unfortunately there isn’t much information available about this product from A1Pro, but the name sure sounds interesting: USB/PS2 Black Keyboard with Handwritten Identity Feature. Let’s hope it means that the touch pad-loking part of the keyboard allows you to write in a stylus way and […]

Somebody has clearly beaten me to the punch with this million-dollar idea. Instead of getting into theatrics with angry drivers, you can simply post them a nice message using this LED Car Message Display. Whenever the subject of bullies comes up, we tend to think of the […]

This exquisitely detailed Limited Edition X-Wing Fountain Pen is one of a kind. Well, technically it is one of a limited edition of 1963. It is crafted by luxury French designer S.T. Dupont, and made from an extremely light and strong high-tech material called Ceramium […]