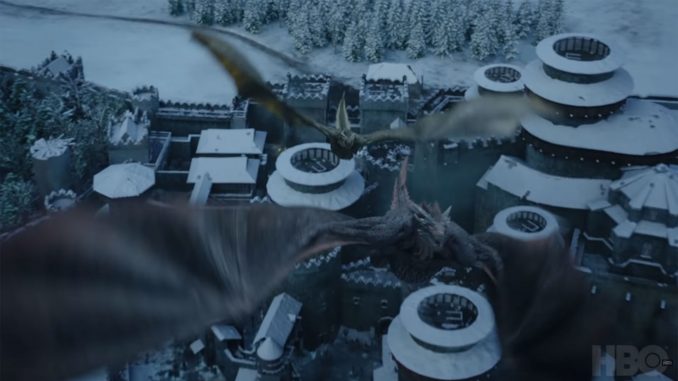 Game of Thrones returns to HBO on Sunday, April 14, 2019, to kick off its final season.

Watch the Game of Thrones – Season 8 – Official Promo: Together from HBO:

Game of Thrones returns for its final season on April 14.

Winter is coming! That means it’s already that time of year where you need to order a new calendar. GoT fans will want this Game of Thrones 2019 Wall Calendar, which features striking images from the popular HBO series. Check out the back of the […]

With the Final Season fast approaching, you’ll need somewhere to keep 8 seasons worth of Game of Thrones DVD or Blu-ray discs. Unless you already have the Dragon Egg Bookends or Direwolf Bookends, you need these Game of Thrones Dragonstone Gate Bookends. Officially licensed by […]