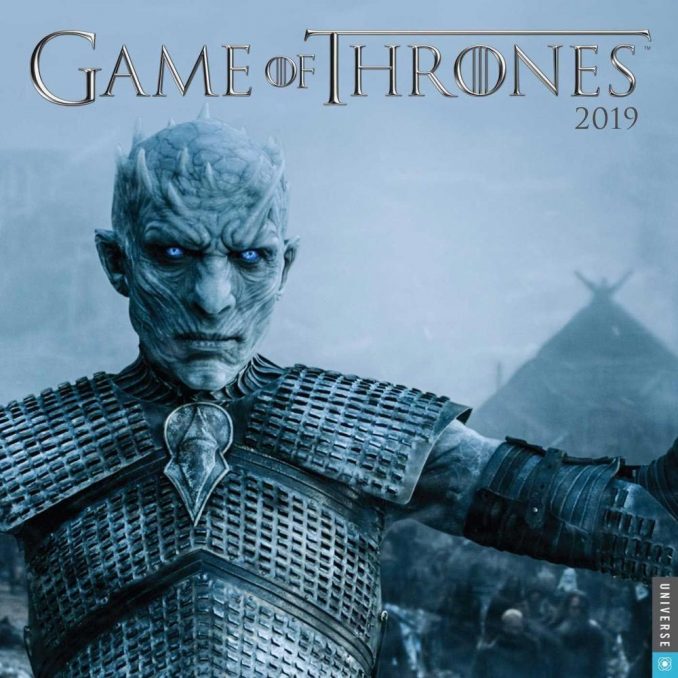 Winter is coming! That means it’s already that time of year where you need to order a new calendar. GoT fans will want this Game of Thrones 2019 Wall Calendar, which features striking images from the popular HBO series. Check out the back of the calendar in the image gallery below to see if there’s a month dedicated to your favorite character from the show.

The Game of Thrones 2019 Wall Calendar features images of one of the most talked-about and celebrated casts on television, including Peter Dinklage, Emilia Clarke, Lena Headey, and more. Summers span decades. Winters can last a lifetime. And the struggle for the Iron Throne has begun. It will stretch from the south – where heat breeds plots, lusts, and intrigues – to the vast and savage eastern lands and all the way to the frozen north, where an 800-foot wall of ice protects the kingdom from the dark forces that lie beyond. Kings and queens, knights and renegades, liars, lords, and honest men…all will play the Game of Thrones, an original series based on George R.R. Martin’s best-selling A Song of Ice and Fire series.

Buy the Game of Thrones 2019 Wall Calendar direct from the HBO Shop for $14.99. You can also find it at Amazon, Walmart, and Barnes & Noble.