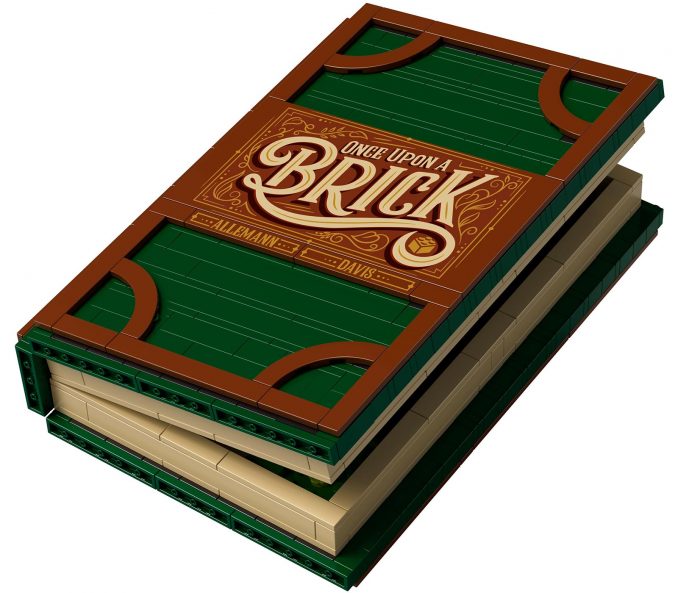 It really is quite remarkable how inventive LEGO is at coming up with creative new sets, such as this brick-mazing LEGO IDEAS Pop-up Book #21315.

This first-ever buildable LEGO pop-up book enables you to build, play, and display two classic fairy tales: Jack and the Beanstalk and Little Red Riding Hood. With 859 pieces, there are enough bricks in this set to build the book and both fairytale scenes. You can also get creative and invent your own scene. Using LEGO hinge pieces the displays can really pop-up out of the book.

This first-ever buildable pop-up book made from LEGO bricks opens to reveal the famous scene of grandmother’s forest cottage featuring opening door, bed and kitchen area. Recreate the scene when Little Red Riding Hood meets the wolf or swap out grandmother’s cottage for the scene of the giant’s castle in the clouds.

This collectible toy features enough bricks to build both scenes or you can even build a scene of your own and makes a perfect creative gift. This LEGO set includes a booklet with a short history of pop-up books, a condensed history of each fairy tale in the set, as well as information about its fan designers and LEGO designers.

Fairy tales and science fiction collide on the Doctor Who Red Riding Hood Bad Wolf T-Shirt, with the little girl headed to grandma’s house encountering a completely different type of bad wolf. It looks like someone has desecrated the TARDIS with a little graffiti, but […]