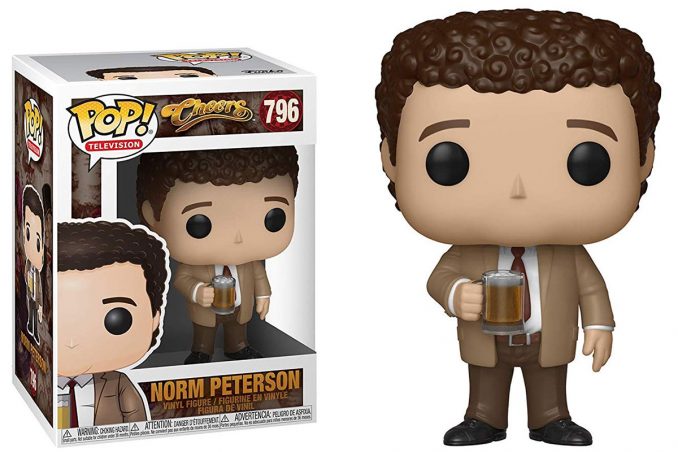 This Funko Pop! Cheers Norm Peterson Figure features Norm (George Wendt) holding a beer. It is Funko Pop! Television #796. As a character, he is known for his love of beer, and spending all his time at Cheers rather than at work or at home with his wife, Vera.

Some of the funniest Norm Peterson lines on Cheers are his responses after he is greeted (“Norm!”) by one of the bartenders when he enters the bar. Here are some of the best:

“What’s shaking, Norm?”
“All four cheeks and a couple of chins.”

“Whatcha up to, Norm?”
“My ideal weight if I were eleven feet tall.”

“How’s life treating you, Norm?”
“Like it caught me sleeping with its wife.” 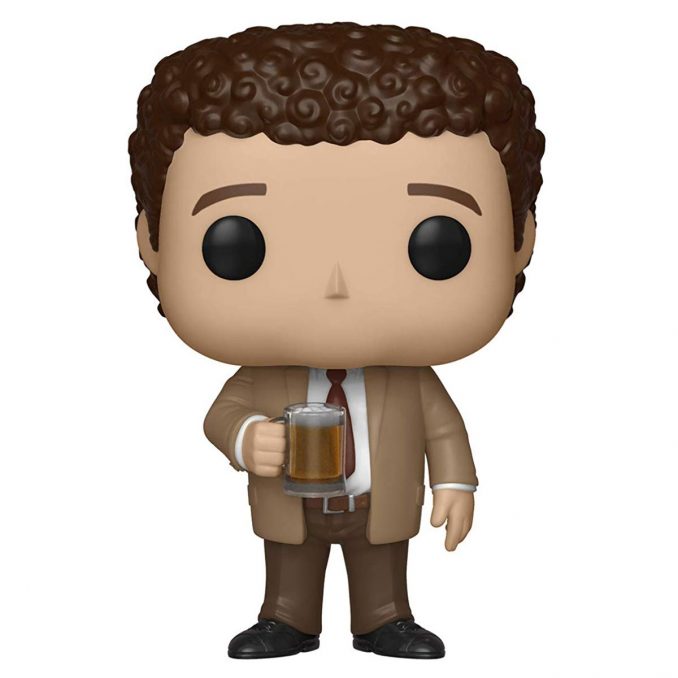 Norm Peterson, the ever-present regular at Cheers, has been turned into a super stylized Pop! figure! Add him to your Cheers collection today.