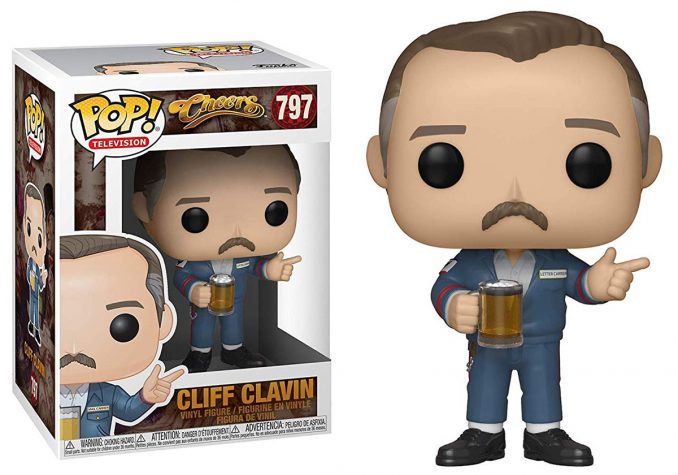 Clifford C. Clavin, Jr., portrayed in Cheers by John Ratzenberger, is the know-it-all mailman that regularly sit at the bar. This Funko Pop! Cheers Cliff Clavin Figure has him wearing his ill-fitting mail carrier uniform and white socks while holding a mug of beer. It is Funko Pop! Television #797.

Some of Cliff Clavin’s best lines on the show are when he spouts nonsensical trivia, such as: 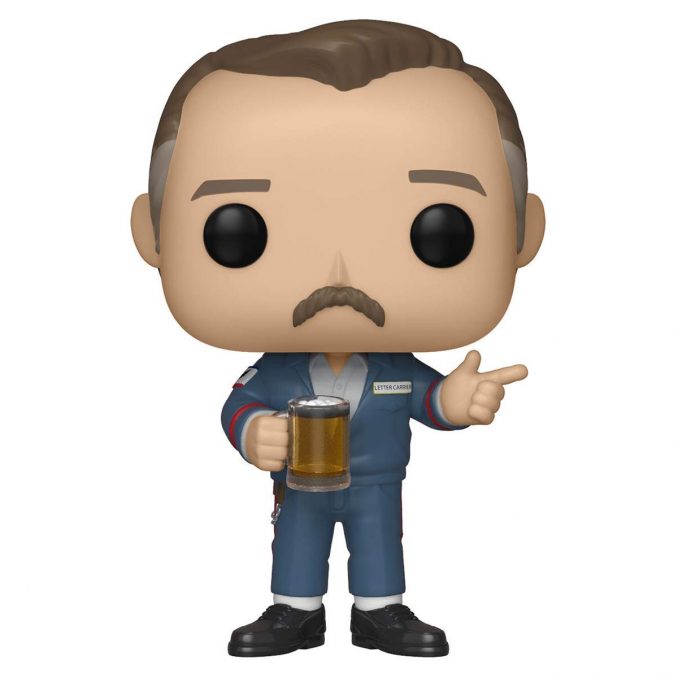 Cliff Calvin, the know-it-all mailman from Cheers, has been turned into a super stylized Pop! figure! Add him to your Cheers collection today.

Funko Pop! Cheers Cliff Clavin is available for $9 at Hot Topic. Coming soon to Entertainment Earth. Besides for Cliffy, Funko has four other Cheers figures: Sam, Diane, Norm, and Woody.