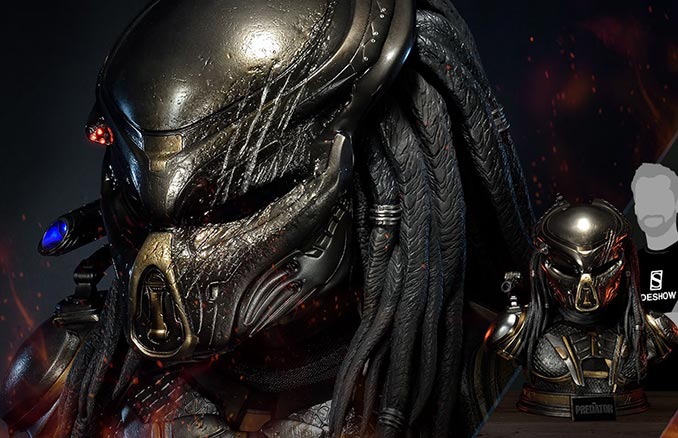 It is only a couple more weeks until September 14 and the release of The Predator in theaters. That film is the inspiration of this incredible Fugitive Predator Deluxe Life-Size Bust that features intricate detail and life-like realism.

There are several amazing features that make this collectible Fugitive Predator Deluxe Bust especially awesome. One is the LED light-up feature on the shoulder cannon. The other is that this can be displayed in three different ways: as the alien face, with the helmet, or with a battle damaged helmet. 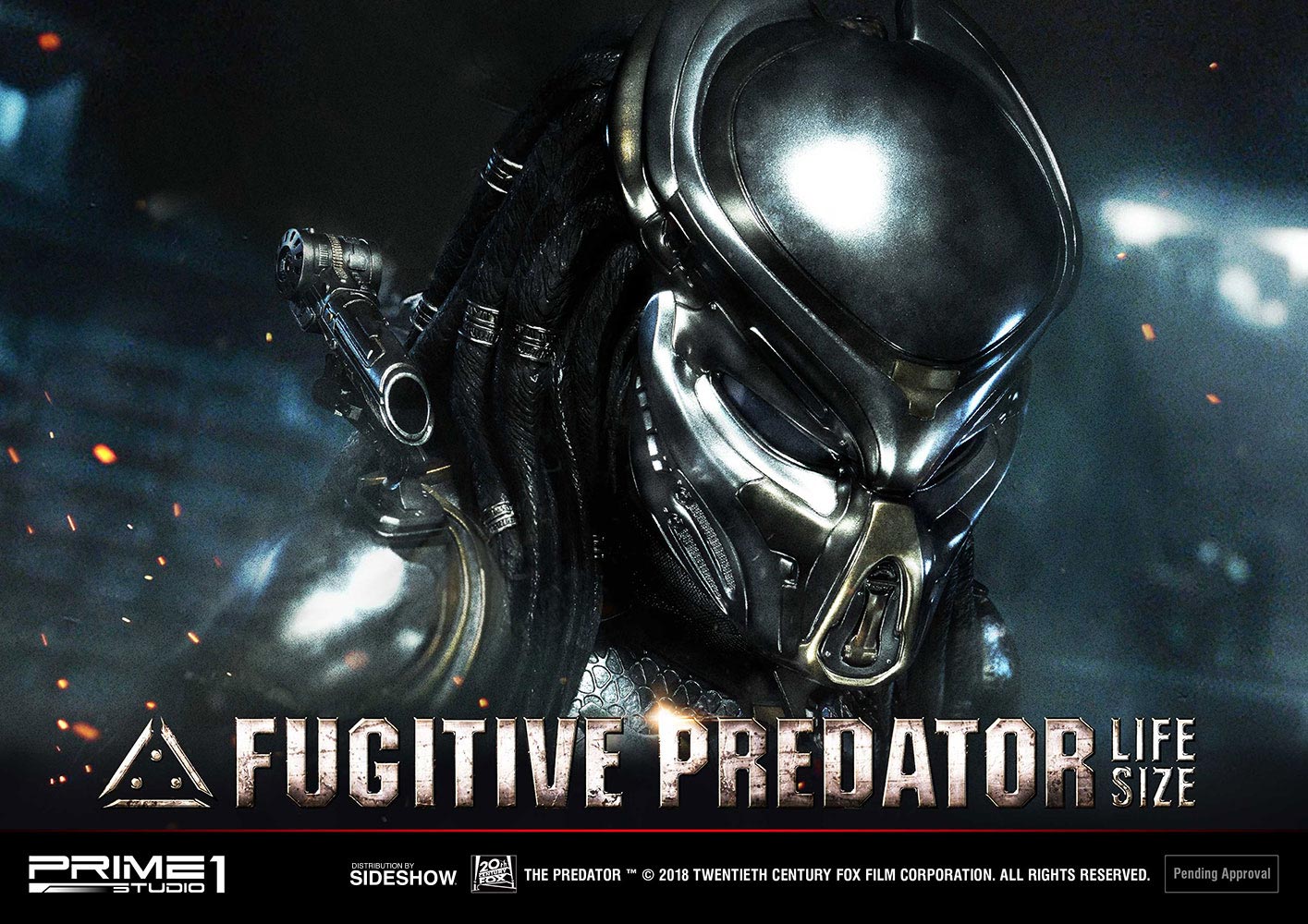 Pre-order the Fugitive Predator Deluxe Life-Size Bust at Sideshow Collectibles. At $1,899, it isn’t cheap, but it is a highly collectible limited edition of just 500 by Prime 1 Studio, with unmatched quality. Estimated arrival is between January and March of 2020. (Yes, I checked and that is a year that is actually not that far away, despite sounding like the distant future.)

This Predator Masked Hunter Legendary Scale Bust is a must for serious Predator fans. It is a limited edition of only 400. He has his bio-mask and shoulder-mounted cannon as well as a light-up red tri-laser target designator. Buy it today and make the hunter […]

It is now possible to own a collection of Iron Man armor that rivals the massive number of suits owned by Tony Stark with the Iron Man 3 Collectible Bust Deluxe Set. Okay, while Tony gets to have entire suits of armor, you’ll have to […]