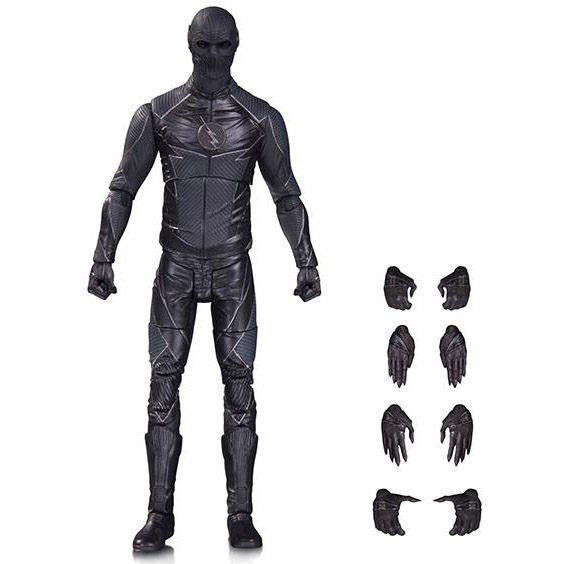 Reverse who? The Flash TV Series Zoom Action Figure lets you hold the Flash’s most dangerous enemy that he’s encountered so far.

Sure, Eobard Thawne isn’t exactly a nice guy but the man in yellow pales in comparison to the speedster known as Zoom. This 6 3/4-inch tall figure lets you hold the masked menace of Hunter Zoloman in your hands… and you don’t have to worry about him trying to snatch your speed force. The figure comes with a wide variety of interchangeable hands.

The Flash TV Series Zoom Action Figure will be available March 2017 but it can be pre-ordered now for $23.99 at Entertainment Earth.

Where do you do your best singing? Zoom, a brand under Samson Technologies and an industry leader in both consumer and professional audio products, is introducing the nationwide release of the Zoom H2n Handy Recorder. This ultra-portable hand held recorder offers over 20 hours of […]

I love garlic in my food and the fried kind mixed with my peanuts, but chopping garlic? It’s not one of my favorite tasks, mainly because they tend to get a little bit sticky. But you’ve gotta do what you gotta do in the kitchen. […]

The fastest man alive on Earth-2 is ready to speed into your collection with The Flash Zoom Pop! Vinyl Figure but make sure there are no scarlet speedsters around because Zoom doesn’t like competition. Standing approximately 3 3/4-inches tall, the villain of Season 2 of […]