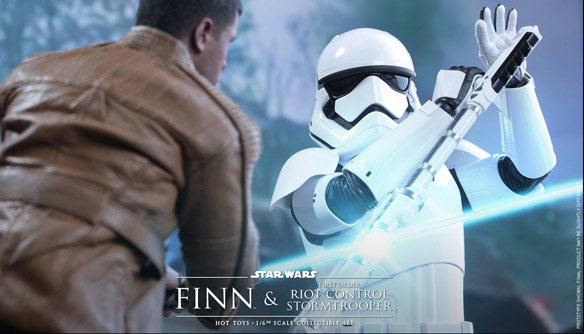 Good versus evil with the Finn and First Order Riot Control Stormtrooper Sixth-Scale Figure Set, featuring a stormtrooper and a former stormtrooper battling it out.

From an early age, FN-2187 was trained to do one thing, but it didn’t take him long to figure out he was working for the bad guys. Adopting the name Finn, given to him by Resistance pilot Poe Dameron, he sides with Rey and Han Solo to stand against the First Order, proving that he’s not scared to battle former allies when confronted during battle.