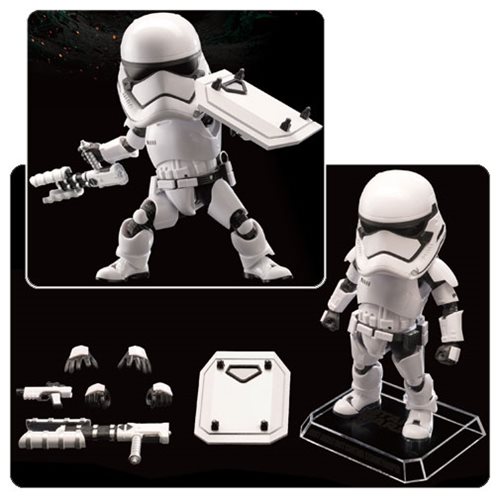 He also has the Z-6 riot control baton and lightweight composite betaplast ballistic riot shield, true to the film. This figure comes with three sets of interchangeable hands and an exclusive support stand. He is ready to report for duty as part of your First Order army! He measures about 6-inches tall, and features over 30 points of articulation.

Only $84.99 from Entertainment Earth.

Check out this cute Star Wars Stormtrooper Egg Attack Action Figure. They have never looked so lovable. Even if they can’t shoot straight. The 6–inch action figure body has over 24 points of articulation, so you can display the figure any way you want. The […]