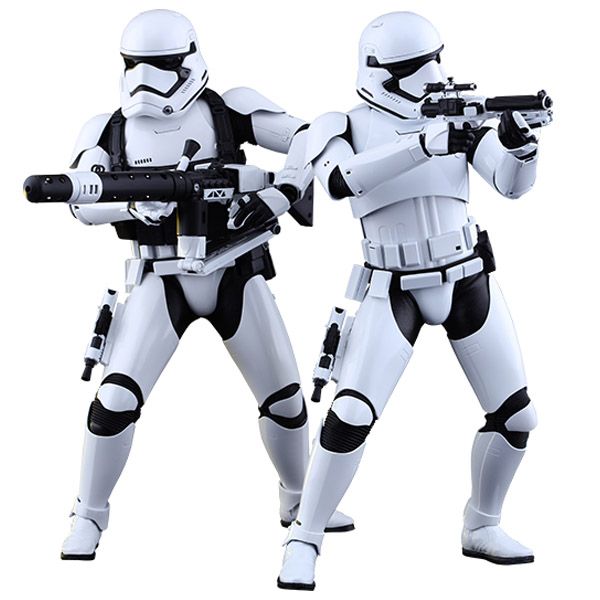 Standing 11.81-inches tall, these two stormtroopers are ready to confront the Resistance. While both faceless tools of the bad guys have new armor and new weapons, the Heavy Gunner Stormtrooper packs a little extra punch with a heavy artillery vest and a megablaster.

The First Order Stormtrooper Sixth-Scale Figure Set will be available Dec 2015 – Feb 2016 but it can be pre-ordered now for $389.99 at Sideshow Collectibles.

The First Order Flametrooper Sixth-Scale Figure shows what happens when a stormtrooper decides to crank up the heat. Tired of being picked on for being such lousy shots with a blaster, a group of stormtroopers decided to upgrade their gear with flame-spouting incendiary weapons and […]