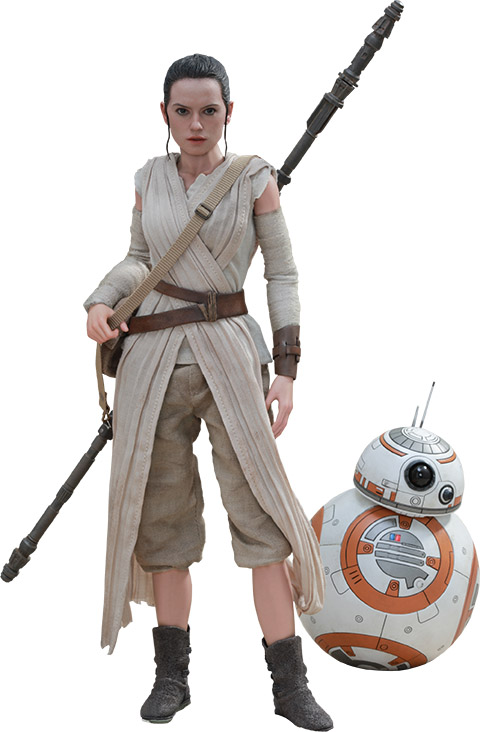 That disturbance in the Force that you feel is the Star Wars Rey and BB-8 Sixth-Scale Figure Set. It’s calling for you. Can you feel it?

Mere scavenger? Jedi? Daughter of someone we were introduced to before? There’s no way to know until Star Wars: The Force Awakens arrives on the big screen but there is one thing known for sure right now – This 11.02-inch figure of Rey is just as awesome as everything else Hot Toys brings out, with accessories like interchangeable hands and an interchangeable head wearing her head wrap and goggles.

Of course, BB-8 is still looking as cute as ever. He (she?) stands 4.33-inches tall and has self-balancing mechanisms embedded in his spherical body.