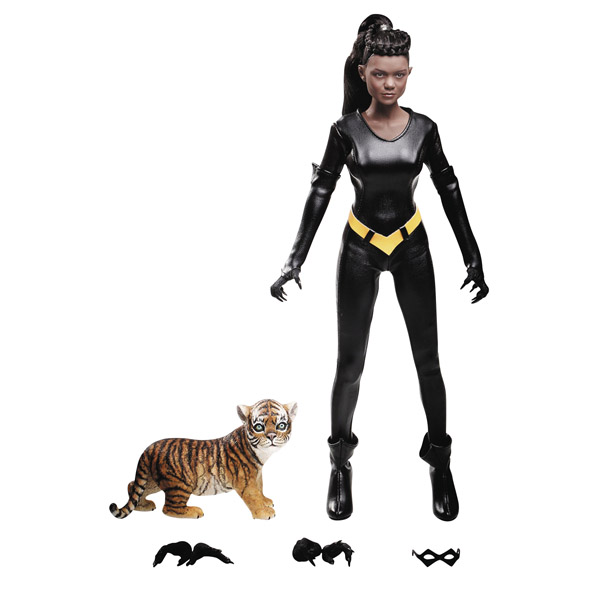 Adam West got an action figure for his misadventures and Julie Newmar got one for her secret lives, so of course the lovely Eartha Kitt, who played Catwoman during the final season of the classic Batman television series, gets a comic book and an action figure letting her once again claim the title of femme fatale.

The Eartha Kitt Femme Fatale 1:6 Scale Action Figure will be available November 2016 but it can be pre-ordered now for $149.99 at Entertainment Earth.

The ladies of Task Force X want to make you look good with the Suicide Squad Femme Fatale Ladies Varsity Jacket, and these aren’t the type of girls who take no for an answer. With dudes like Captain Boomerang and Deadshot around, the Suicide Squad […]

I loved Knight Rider when I was a kid. KITT was the best car in the world. I wanted to be like Michael Knight and ride into adventure. I wish they had this Knight Rider KITT Super Pursuit Mode Minimates Vehicle back then. This Previews […]

Fans of the Knight Rider TV show all love KITT. Who doesn’t love a talking smart car? Well, now you can have your very own Knight Rider KITT Light-Up Key Chain. It makes keeping your keys organized fun and geeky. This key chain features lights […]

GeekAlerts has shown a lot of cool belt buckles lately and we thought it was only fair to show a few belts that would be more fitting for that special lady in your life. The Hello Kitty Seat Belt Clothing Belts are designed to function […]

The Cybermen are one of the Doctor’s fiercest foes. They are some pretty nasty robots. Now you can build your own cyberman with this Doctor Who Super Kitt-O Cyberman Kit. If you have ever wanted your very own cyberman this kit will deliver it. This […]

These Doctor Who Kitt-O Construction Figures are pretty awesome. These are paper construction figures that come flat packed. All you have to do is pop out the pieces and construct your own character from flat to 3D. It’s a fun way for Doctor Who fans […]