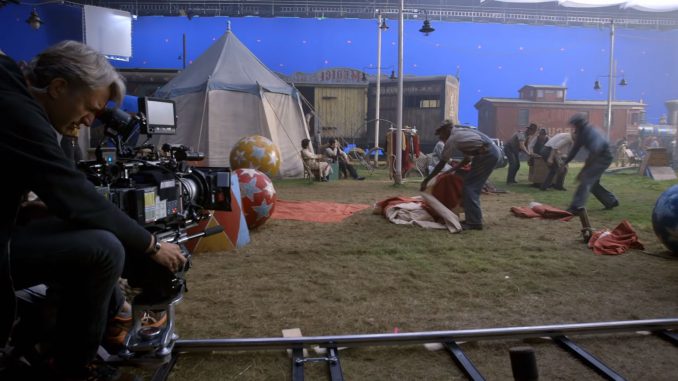 Get a look behind the scenes of Dumbo in the new video, Soaring to New Heights. Hear what stars of the movie such as Colin Farrell, Michael Keaton, Danny DeVito, and Eva Green think about the production in their own words. Tim Burton’s Dumbo will hit the big screen on March 29, 2019.

Watch Soaring to New Heights | Behind The Scenes of Disney’s Dumbo from Walt Disney Studios:

See a new behind the scenes look at Disney’s Dumbo, in theaters March 29!

A young elephant, whose oversized ears enable him to fly, helps save a struggling circus, but when the circus plans a new venture, Dumbo and his friends discover dark secrets beneath its shiny veneer.

These Halloween Town Disney Bands Elastic Bracelets were created especially for Walt Disney World Resort and Disneyland Resort, but now you can get them without all the traveling and expense.  The Nightmare Before Christmas has been a Disney fan favorite since Tim Burton first introduced […]