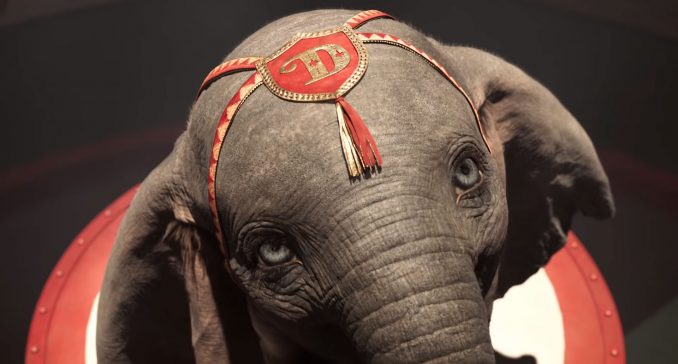 With the movie hitting theaters at the end of this month, there’s already been numerous Dumbo trailers and videos released including a Teaser Trailer, Official Trailer, Sneak Peek, and Behind The Scenes Video. Now Disney Studios just released a new Dumbo – Arcade Fire “Baby Mine” Reveal Video. This sneak peek video features a new version of the song “Baby Mine” by Canadian indie rock band, Arcade Fire.

Baby Mine, a hit song created for the original 1941 animated Dumbo movie, was nominated for an Academy Award for Best Original Song at the 14th Academy Awards in 1942. The original film version featured vocals by Betty Noyes, with the music written by Frank Churchill and the lyrics by Ned Washington, but it has been covered many times by artists including Bette Midler, Bonnie Raitt, Art Garfunkel, Alison Krauss, Kenny Loggins, and Jenny Oaks Baker.

Watch a sneak peek of Dumbo featuring a new version of “Baby Mine” recorded by Arcade Fire and see the film in theaters March 29.

Get a look behind the scenes of Dumbo in the new video, Soaring to New Heights. Hear what stars of the movie such as Colin Farrell, Michael Keaton, Danny DeVito, and Eva Green think about the production in their own words. Tim Burton’s Dumbo will […]