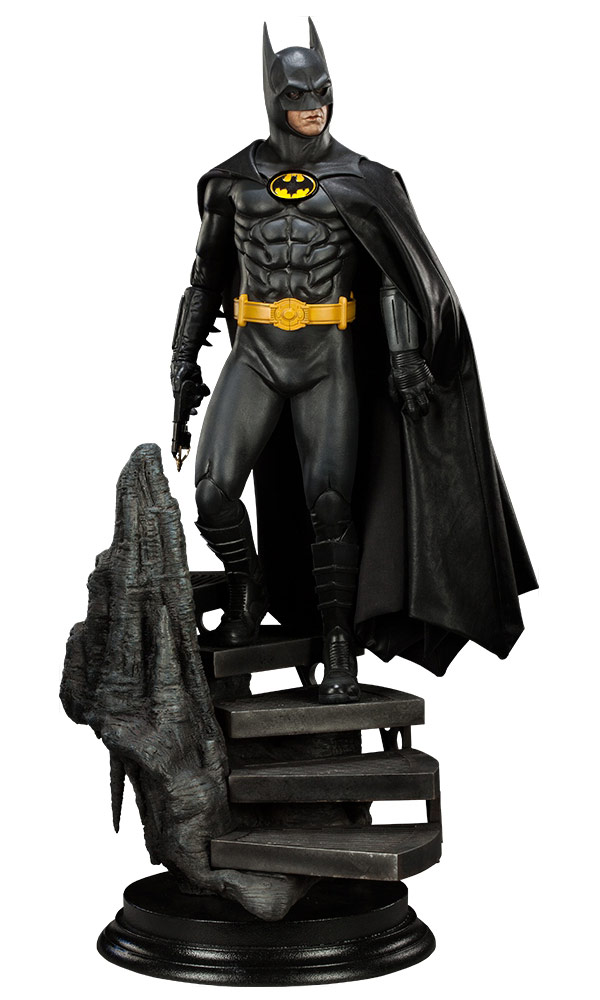 “I’m Batman.” As the Batman Premium Format Figure Michael Keaton 1989 Batman Film Version shows, Keaton made everyone believe those words by the end of the film that launched the Dark Knight’s big screen fame.

Most people had little faith in the guy known as Mr. Mom and Beetlejuice when it was announced that Michael Keaton would be the caped crusader but he held his own… which isn’t the easiest thing to do when you’re sharing the screen with Jack Nicholson. Now you can have a permanent memento of Keaton’s iconic performance with this 26.5-inch-tall figure.

Featuring a detailed likeness of the actor, the figure also includes a screen-accurate costume with bat symbol, utility belt, fabric cape, and grapple gun – one of those wonderful toys Nicholson’s Joker was so envious of.

The Batman Premium Format Figure Michael Keaton 1989 Batman Film Version will be available October 2014 but it can be pre-ordered now (Limit of one piece per person) for $399.99 (or for as little as $60.00/month) at Sideshow Collectibles.